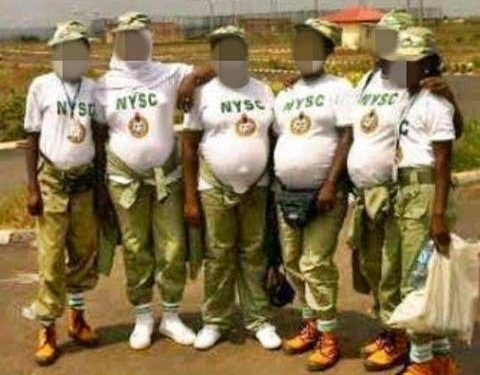 0
SHARES
121
VIEWS
Share on FacebookShare on TwitterShare on Linkedin

The National Youth Service Corps in Ogun State has excused no fewer than 96 pregnant women, nursing mothers and others with illness from the three -weeks orientation programme in the state.

The State NYSC Coordinator, Belinda Faniyi, during the swearing-in ceremony at the Gateway International Stadium, Sagamu, said 786 corps members were sworn in for one year mandatory service in the state.

Faniyi explained that the Batch B corps members were divided into two to observe COVID – 19 safety protocols, adding that stream 1B would resume camping next month.

Faniyi said “Over 96 pregnant women, nursing mothers, and others with critical health conditions have been excused from strenuous aspects of the programme and consequently given permission.”

The NYSC coordinator urged the corps members to be committed to their service with all seriousness and discipline towards contributing to the unity of Nigeria.

Governor Dapo Abiodun, who was represented by Commissioner for Youth and Sport, Dr Kehinde Oluwadare, asked the corps members to be responsible, loyal and committed to the course in order to contribute to the nation’s regeneration.

Joe Biden : More people may die without a smooth transition.

Joe Biden : More people may die without a smooth transition.

Exactly what are the Features of any Info Managing Resolution?