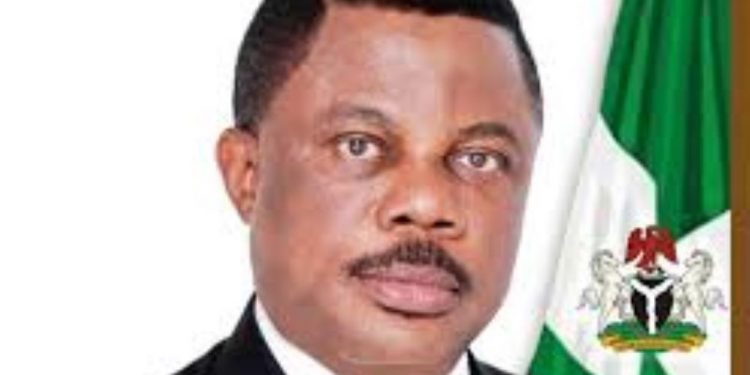 Governor of Anambra State, Chief Willie Obiano on Tuesday, Nov 3rd, presented a budget estimate of N143.65bn to the Anambra State House of Assembly for the 2021 fiscal year.

Presenting the budget estimate themed: ‘Economic Recovery and Consolidation’ at the House of Assembly Chambers, Obiano declared that the budget would help to sustain and maintain the achievements of his administration.

He said the budget had a provision of N200m for the compensation of residents of the state who have proven cases of gross human rights violation, torture and death from activities of the defunct SARS in the state.

He said, “This budget is based on realistic projections of all sources of revenue, both external and internal, taking into consideration, the state’s revenue and expenditure trend.

“It will drive the budget theme and help to sustain our past achievements. It will also ensure that we maintain our status as a hub for business and a destination for new investments”.

While listing the basis and assumptions for the budget estimate to include, a projected sum of N46.7bn from federal allocations and 36.6bn from projected internally generated revenue, the governor however stated that there would not be increase of taxes and levies by his administration in the coming year.

Other indices, basis and assumptions for the budget estimate include; capital receipts projected at N20.9bn, personnel costs estimated at 17.6bn for the year, total overheads estimated at 22.9bn for the year and social benefits, including pensions, gratuities, group life insurance and loan repayments estimated at N16.2bn. Debt financing was also listed with an estimate of N11.0bn.

However, the budget estimate earmarked a total of N32bn for infrastructural development and construction of roads and bridges. N19.44bn out of this sum is proposed to be spent on constructing new roads and rehabilitating existing ones.

In the same vein, about 50 ongoing road projects in the three senatorial zones of the state, as well as access roads to agricultural communities and settlements will be completed and constructed.
The budget proposal equally captured the completion of some legacy projects of the Obiano administration and the development of sports facilities in the state.

To aid sports development, the sum of N500m was earmarked for the development of sports stadia in Awka, Ekwulobia and Otuocha.

Staying Calm and Educated in an Angry World