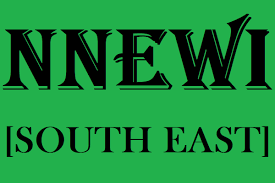 Over 2,000 indigenes of Nnewi, have started receiving free health services being organised by Engr Azubogu Medical Outreach in Anambra State.

Azubogu is the member for Nnewi North/Nnewi South/Ekwusigo Federal Constituency in the House of Representatives.

Already, a team of about 80 medical personnel comprising surgeons, ophthalmologists, physicians, pharmacists, lab scientists among others on the platform of ‘Doctors On The Move Africa’ led by Dr. Kibu have arrived the state for the outreach.

Speaking, Engr Chris Emeka Azubogu, stated that the outreach is in line with his parliamentary engagement geared towards using instrumentalities of government to intervene on the needs of the people and the society.

The man known as ‘Mr Project’, disclosed that this year’s outreach is expected to be an improved version of previous years, adding that they are also working out modality to key some aged members of the society into health insurance scheme which he said is a new norm.

One of the beneficiaries, Mrs. Ngozi Okeke, expressed joy over the lawmaker’s gesture.

Azubogu has been a strong player in health sector development in Anambra State through building healthcare facilities.