Political travails of a serial defector 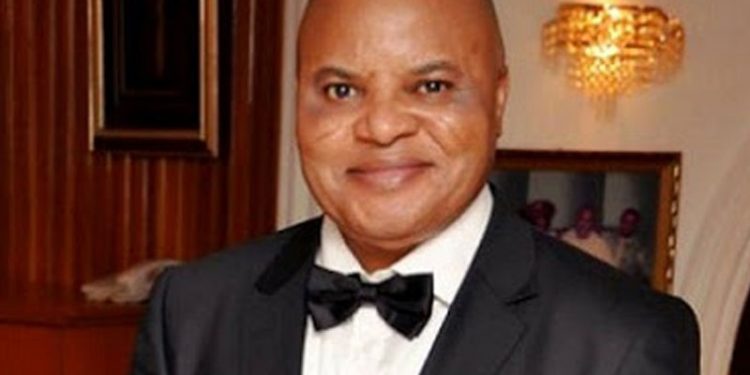 These are definitely not the best of times for Senator Godwin Ifeanyi Araraume as he takes on the political battle to represent the people of Imo North senatorial zone. Araraume is taking the opportunity of the death of Ben Uwajumogu, who died exactly one month, to occupy the seat he last vacated in 2003. However for a man, whose political career is fraught with many controversies, the latest attempt to go back to the senate for the third time is proving to be his Achilles’ Heels.

His current travails started right from the party primary where he, along with ten others contested for the party’s ticket to contest the senatorial election. The screening committee headed by Dr Lawrence Chukwu, had cleared five out of the 11 contestants, including Araraume. But for some inexplicable reason, the decision of the committee was jettisoned and the name of Frank Ibezim smuggled into the sheet. Ibezim was among those previously disqualified by the screening committee.

Here began Araraume’s troubles because probably unknown to him, the party hierarchy in the state was not keen on having him at the red chambers for the third time. They rather preferred Ibezim, who is a personal assistant to the Minister of State for Education, Emeka Nwajiuba. And so the party’s arsenal was directed at Araraume to make sure that he did not participate in the election.

But for the billionaire politician, described as a cat with nine lives, Araraume emerged third in the primary election according to the result produced by the Nlemigbo faction of the party which was alleged not to have conducted primary election. He however, bounced back into reckoning to clinch the party’s ticket, when a Federal High Court in Owerri disqualified Ibezim using the report of the party’s screening committee, which discovered that Ibezim presented forged certificates to the electoral body for the purpose of conducting the election.

But his joy was short-lived as 24 hours to the election; an Appeal Court in Owerri reinstated Ibezim as the party’s candidate, dropping Araraume. The judicial summersault, unfortunately had, few hours before then being in favour of Araraume, when another Federal High Court, this time in Abuja, disqualified Ibezim on the allegation of the same certificate forgery.

Here lies the logjam. At the election, proper, though his party won, the electoral body failed to return either him or Ibezim as the winner, thus leaving the party in limbo.

For Araraume, he’s not alien to this type of controversy, as all his political trajectory having being fraught with a lot of hiccups. Prior to his present predicament, Araraume has been dubbed a serial political prostitute, having jumped from one party to the other just for the purpose of winning election.

He doesn’t seem to care about any ideological leaning in as much such party would offer him a platform. The 62-year old Isiebu, Isiala Mbano born politician, who has sojourned in all the major political parties in the country, changes them as he changes his clothes.

After he vacated the senate in 2007 having been defeated by Sylvester Anyanwu, he was left in political lurch. But he bounced back that same year to clinch the Peoples Democratic Party (PDP) governorship primaries for Imo State. This was after he dumped the defunct All Peoples Party (APP). But the then President Olusegun Obasanjo stood in his way and chose Charles Ugwu in his place.

The party had claimed that his vote tally fell short of the two-thirds majority stipulated by the party’s congress. The party also claimed that Araraume’s emergence was fraudulent as the primary election was marred by violence.

But Araraume was expelled from PDP for anti-party activities after securing a Supreme Court ruling in his favor. Because it was late to substitute a candidate, the party chose not to present a candidate, but supported Ikedi Ohakim, who ran under the Progressives Peoples Party (PPA).

In 1999 Araraume left APP to win the Imo North senatorial seat under PDP. Again, he nearly lost the seat, but was saved by providence as he won the nomination under controversial circumstances.

He was to later join the Action Congress of Nigeria (ACN) where he lost to Rochas Okorocha of All Progressives Grand Alliance (APGA) in the race to Douglas House in 2011. Again to contest the 2015 governorship election, he rejoined PDP where he lost the party’s primary election to Emeka Ihedioha.

For a politician, who saw political party only as a means to winning election, Araraume on seeing an opening to represent his zone following the death of the last occupant of the Imo north seat, left APGA and rejoined the ruling party. He is presently in battle of his life to claim the seat.

Rise and fall of Abia's chief of staff, Agbazuere

Book Review of Cool War: The Future of Global Competition, by Noah Feldman