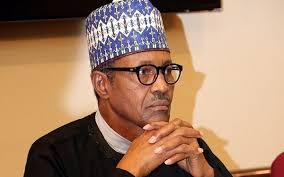 When weighing critical choices, every president hears two distinct voices. One voice describes the president as a strong man surrounded, confronted and in fact being insulted by weak people who truly have to be dealt with through strong-arm tactics.

This voice sees politics in everything: every action, word or silence that does not praise the president is described as originating from the opposition – which it also describes as the enemy. The voice praises the president’s strength and expresses boundless optimism in his ability to triumph in all situations if, and only if, he deploys scorched-earth tactics. In classical terms, this voice belongs to the hawks.

The second voice the president hears is one that appeals to his identity as a thinker and a wise person capable of solving crisis, winning foes over and building bridges without using (or, because he does not use) strong-arm tactics. It sees opposition as those needing information and education not confrontation. This voice belongs to the doves.

At every meeting and consultation, a president as well indeed as every leader, hears these two conflicting voices. And that is not bad. However, there are three reasons to worry. First, the hawks win far more often than the doves. As Kahneman and Renshon very clearly say, most rulers come to consultations already predisposed to follow the hawkish path. Doves appeal to compassion and patience, the very ingredients that most leaders have in short supply.

Third, once the doves get convinced that their voices are unwanted they either remain silent, quit or in most cases join the hawks. Especially in a nation like ours, the sole aim of advisers is to please the president, not to educate or advise him. It is in pleasing the president that they can keep their jobs as advisers. And if a president is always won over by hawks, most doves, for survival reason, become hawks. Within a short while, the president ends up with a roomful of only hawks.

Mr President, the hawks are all over you. From the attention-seeking little minister who instructed professors to start farming for survival, to Chris Ngige tossing the Academic Staff Union of Union and the fate of our universities up and down, to whoever advised the government on freezing the accounts of supporters of protests, the hawks are teeming. Their number and voice have drowned those of the doves.

The hawks have also been doing their jobs well. In moments that you had listened to the doves, the hawks have even convinced you that you were wrong, and successfully persuaded you to take the hawkish path.

An instance is your response to the #EndSARS protests. Listening to the doves, you approved the end of SARS. Shortly after that, you clearly implied that you regretted that action. In your October 22, 2020 broadcast, you hinted at this when you said, “Sadly, the promptness with which we have acted seemed to have been misconstrued as a sign of weakness and twisted by some for their selfish unpatriotic interests”. The hawks won! They had the President’s ears. They told him, “Sir, you should never have ended SARS. See now, you did and they are taking you for a coward.”

Since hawks must read politics into everything and convince you that your enemies are not just many but also powerful, they promptly linked the protesters to Atiku Abubakar. They also publicly interpreted the protests as attempts at a regime change – they manufactured an enemy for you and clothed him in treasonable apparels. From that point on, the strong-arm tactics in dealing with the protesters and journalists became justified.

Freeze their accounts; deny them passage at airport; arrest and detain! Shut down their websites. Regulate social media!
The Inspector-General of Police, feeling your full backing for the scorched-earth approach, solemnly reminded his officers: the constitution allows you to kill. Do kill. And what did the boys do? Within a jiffy of the IG’s declaration, armed security operatives beat a motorist to pulp on the Abuja-Kaduna highway and then recited their national anthem: I will shoot you and nothing will happen!

The hawks are winning. The growing silence of the First Lady, a woman who once powerfully confronted the hawks around the President, and the total silence of the Vice President, a man now only to be seen but not to be heard is one piece of the evidence. Another is the increasing decibels of the voices of self-avowed hawks, such as Ngige who described himself as more or less a Lagos boy, and thought nothing of publicly insulting a member of House of Representatives. The third piece is the transformation of former doves into hawks.

Who was not scandalised when Governor Rotimi Akeredolu saw nothing wrong in freezing protesters’ bank accounts or in regulating social media? Who was not shocked when Governor Babagana Zulum warned that #EndSARS protesters were on their way to becoming another Boko Haram? The rank of the doves is being rapidly decimated.

Mr President, as someone striving to leave behind a great legacy, you must remember that hawks leave behind only carcasses. Unless you rein in the hawks and listen more to the doves, the hawks’ brags and shrieks will taint every shred of your accomplishment and soft tactics.

The words, Tradermoni, Farmermoni, Marketmoni, N-Power, 774k jobs, would become very faint and inaudible. What most people would hear and remember would be “I will shoot you and nothing will happen!” Hawks only leave behind them carcasses, and then move on to the next president.
Iwawumi wrote in from Ibadan.

ASUU strike: Who will stand for education?