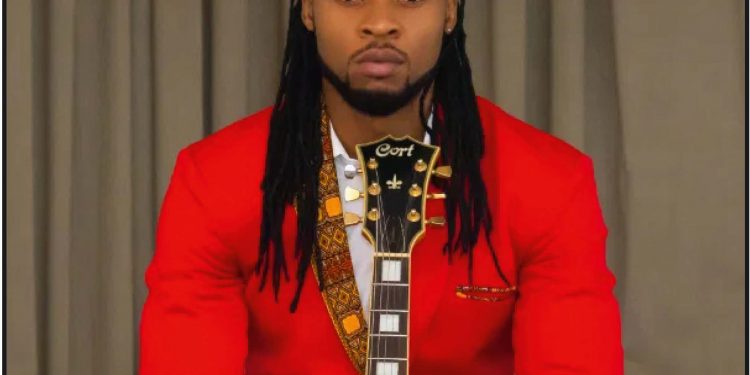 Did you know that Flavour would have become a footballer if he didn’t pursue music as a career?

Chinedu Okoli popularly known as Flavour N’abania is the subject of Know Your Celebrities this week.
As one of the most popular celebrities in Nigeria, Flavour has been covered a lot by the media with every
aspect of his life laid bare.

Despite that, Pulse who keenly follows Nigerian celebrity have found out a couple of things you might know about him.

A huge number of singers and musicians in pop culture (both in America and Nigeria) started from church. Flavour sits on the front row of that category. According to him, he started off by playing the drum in the church which was just normal to him.

2. Would have become a Super Eagles player if he wasn’t a musician
Thanks to his flawless talent, Flavour has gone on to become one of the biggest celebrities in Nigeria with several hit songs in his over two decades in the music industry.

While honing his skills as a musician, Flavour once revealed that he was also a fine football player. So, it was easy for him to continue as a footballer if his music career had not worked out.

“Definitely a soccer player. I love playing soccer,” he told Kiki Nembhard back in 2011.

3. Left home at the age of I3 on scholarship
Flavour didn’t get the approval from his parents to become a musician because they didn’t even understand what it meant. For his mum, all she wanted was for him to go to school but this changed after he met the friend of his pastor who returned to Nigeria to scout for young talented people for a band.

“I went to the place where the band was located and the man was impressed. He asked me if this was what I wanted to do and I said yes. I went back home to tell my parents about it and we went back and forth,” he told Eve’s Eye in 2017.

“They didn’t approve. So, I had to leave home. My parents didn’t understand it, they thought I was going insane. I left home; my parents looked for me for months.”

4. Use to be a backup singer for Mr Raw

Before becoming a star, Flavour had to act as a backup singer while learning the ropes. After playing with the Soundcity Communications band for eleven years, the music star decided to start his own thing.

It may interest you all to know that Flavour was once a backup singer for the veteran rapper Mr Raw. “I used to do choruses for him. From there I saw these choruses become major songs,” he said during an interview in Canada.

5. His former stage name was actually his sister’s boyfriend’s name

Just so you know, Flavour wasn’t initially his original stage name as he was called something else. During a chat with Evelyn Koomson in Canada back in 2017, the music star said it was difficult coming up with a stage name.
“It is always difficult finding a name for yourself as an artist. It is something you go with yourself over and over again, trying to find that blend. At some point, you don’t even know if the name will suit. For me, I would say the name Flavour was divine and I was meant to have that name,” he said.

“When I was thinking about a name to give myself, I thought about one crazy name. It was a long time ago. I named myself after my sister’s boyfriend because I liked the guy a lot. But it didn’t work out because the name didn’t work out musically.”

Aside from being recognised as a talented musician, Flavour has also become a sex symbol. With his chiseled body which Enugu-born singer is quick to flaunt, he has been able to garner so many ladies as fans.
To remain trimmed and fit it’s not a surprise that he spends a lot of time in the gym. According to him, any time he travels for a show or concert around the world, he always looks for a gym so as to keep in shape and look good for his audience.

Flavour’s most embarrassing moment as hilarious as it might sound might probably get you a tiny bit emotional. So the gist is that a long time ago during one of the comedy shows held annually in the country, the music star was called to perform at the end of the event.

What was supposed to be one of his major breaks, turned out to be his most embarrassing moment. Flavour recalls that the moment he climbed on the stage to perform, everyone in the audience stood up and left. He had no option than to perform to an almost empty auditorium … oops!