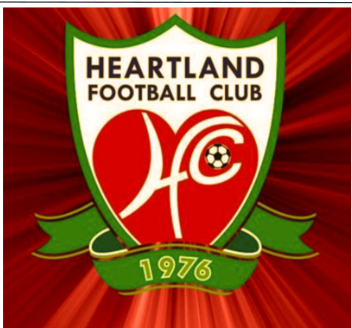 If there is anything that has brought more honour to Imo State it is sports. Imo has produced world class athletes and champions. We cannot forget in a hurry Dan Anyiam, Eddie Ndukwu, Chioma Ajunwa, Atasie, Sam Okwaraji, Henry Nwosu, Grasshoppers Handball Club, Heartland Football Club and many others we cannot mention for lack of space.

Football is one recreational activity people always hang on to forget some of their sorrows at least momentarily. It provides employment to some youths. It gives us opportunity to bring laurels to the state. We have always held our own no matter the circumstance. Sport is one area we can use to keep the youths out of the street.

It is surprising that this government is yet to appreciate what sports can do for this state what with our youths roaming all over the place like sheep without shepherd. This statement is made bearing in mind that it was Uzodimma that killed the 27 stadium projects going on in the Council areas. They have become abandoned projects with huge sums sunk in wasted. What a government.

Aside from what Ihedioha put in place including the sports equipment imported from outside what can we credit Uzodimma government to have contributed in sports especially in football? It is on record that the governor is struggling to clear the players’ arrears of emoluments after cumulating it for some months. Where is the motivation?

It is painful that Heartland Queens, the state’s flag bearer was relegated to the lower division because the government could not discharge its financial obligation towards regularizing the team’s registration process. Another big shame. What explanation has the government? Is it not the one killing football?

Now the Heartland FC. Information filtering from the Club is not cheering. Indicators appear that if care is not taken the Heartland FC may go the way of the Queens. While it is reported that the league is kicking off Dec 27, the club is yet to be registered officially.

There are no funds received yet from the government to take care of logistics for executing the league. There is serious concern expressed by players and officials who are not prepared to speak boldly on the matter for fear of reprimand.

We are appealing to Gov Uzodimma not to kill Heartland FC. Everything in this state must not die in his hand. Football can add value to the state.

There are situations you MUST go through in life

Capital and Ideology by Thomas Picketty