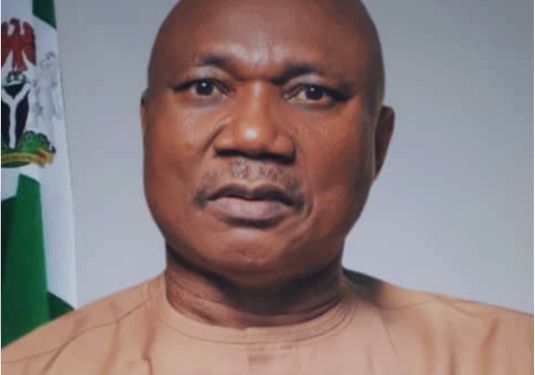 What was the state of the commission by the time you took over?
It was in a terrible state. When we came in here, nothing was functioning, from electricity to elevators (lifts). Everything was in a bad shape. The entire infrastructure was decaying. Now we are trying to fix the place and the governor is doing his best to revive ISOPADEC which died when late Nzeobi of Egbema died. During the eight years of Okorocha, ISOPADEC never functioned.

We know it has not been quite long you took over as the MD of ISOPADEC, are there some reforms you have put in place?
Yes, we are trying to clean up the mess; a lot of mess ranging from over employment. During the last months of Okorocha’s administration, he over staffed the place. Right now, we have over 350 staff. Most of them are redundant and unproductive. They were employed during the last days of Okorocha when he had lost election and backdated their employment documents. We are trying to reform the place and see who stays and who goes. I want this place to be productive. I want people to come to work and work.

Some people do not even come to work. Nine of them are now overseas and they are still paid till tomorrow. They just employ them; they came for visa and travelled out. It is by the intervention of the governor that we are stopping most of these immoralities. So, we are doing our best to reform this place. This place was rotten before the governor came.

What are some of the challenges confronting the commission under your leadership?
We have the problem of funding. The allocations are not coming like before because of COVID-19 which drastically reduced the prices of oil in the international community and affected oil production,

oil commission to ISOPADEC, NDDC and 13% oil derivation fund and oil prices allocations are meager, not like before when oil was 100 dollars per barrel, but now it is 50 to 80 dollars. But we are managing our meager resources to keep ahead above water.

What is the state of relationship between the commission and indigenes of oil producing communities?
Under my watch as head of the commission, I have a good working relationship with my brothers and sisters. We know each other before now. They have confidence and respect for me.

They know I will do well. Their pain is my pain, and I am doing my best to make sure most of these problems are addressed. We have lots of problems; we have been marginalized for long. Now we are doing our best to re-orientate the people.

The people had long lost confidence in government because of the actions of past administrations, but we are trying to rebuild the confidence, to convince them that it is not business as usual, that if we have one naira now, it will be channelled to developmental projects.

Can you tell us some of the packages the state government has for the oil producing areas?
My boss the executive governor of Imo State wants to get people of the area off the streets. That is his priority between now and the next two years, we want to empower over fifty thousand youths and pull them off the streets.

What about the lingering agitation by ISOPADEC staff over the alleged non-payment and slashing of salaries by the state government?
Nobody can claim non-payment, the issue they have has to do with the over staffing. A lot of them were employed fraudulently like I told you before.

Was there any handover to the governor?
The governor came in without a proper handover; he struggled to know where everything is. He came in and within a month the pandemic struck. He struggled to navigate the government up to this moment. Even during the rainy season, he maintained a policy of zero potholes.

You can see everywhere People are working and the quality of work being done by the present government, nobody has done it in the history of Imo State. There was no flood in Owerri because of quality erosion control constructions across the state capital.

My governor is doing very well to clean up the mess, he is not the one that caused the mess, but he is working day and night, having sleepless nights, thinking for Imo people. He is doing his best. He has awarded Owerri-Orlu Road and Owerri Okigwe Road to Julius Berger who will be starting work very soon. He is a performing governor. By the time he finishes his first tenure, Imo people will be dancing and begging him for second tenure.

What will you like to be remembered for at the end of your tenure?
I want to leave a lot of legacies here in ISOPADEC. Financial misappropriation as was witnessed in the past will not happen under my watch; our monies must be used for the people.

What is your advice to people of the oil producing areas?
My advice has always been that they should not be restive. Restiveness cannot solve any problem. Whatever they want the governor will do it for them. The governor, Senator Hope Uzodimma is from oil producing area, so he knows their pains.

This is the first time we are having a governor who is from oil producing area. These problems were not caused by Hope Uzodimma. They were there before him. He is gradually solving the problems, but they are not going to be solved overnight. So, I am begging every segment of the community not to be restive. Let us keep dialoguing with government.

How do you want to handle the issue of lack of accountability and trust?
Trust is not a problem for us. The problem we have is that the previous administration before us lacked accountability. As I am talking to you the past administration is doing two road projects in Mbaise. Mbaise people are not oil producing. I just stopped the projects. This is not the way to run a commission. This commission is for the core oil producing, so we are doing our best to stop some of these anomalies.