2023: We need industrialist as governor – Jaja 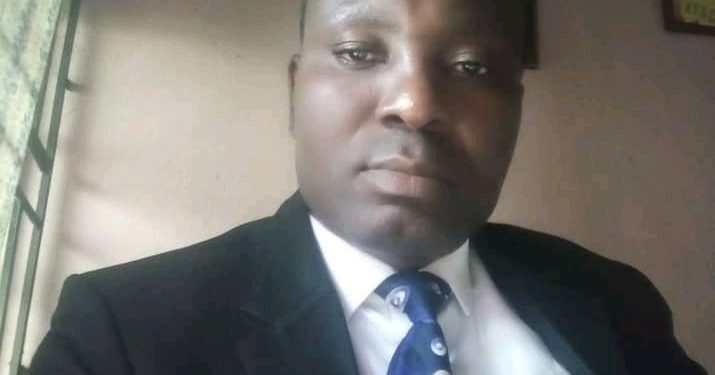 Comrade Martins Jaja is the convener of the Ikenmeri Movement and promoter of the Vote Project Initiative. In this interview with Nonye Udumiri, he speaks on the type of Governor Abia State should elect in 2023, he explained the reasons behind the stagnation of development in Abia State and the failure of Abia House of Assembly to make the Executive arm of Government live up to expectations

Are you comfortable with the situation in Abia State?

How do you rate Abia since the return of democracy in 1999?

Starting from when Orji Uzor-Kalu was Governor, we started having issues of development. There was no solid foundation on the ground for the development of Abis state. That same process was handed over to Theodore Ahamefula Orji who completely brought everything in shambles and made Abia State to be seen outside here as the worst state in Nigeria.

Now, when Okezie Ikpeazu came on board in 2015, some of us believed that as someone coming from the academic world, he’ll be able to bring a new development strategy for Abia State but as we speak, we’ve not seen anything from the present Governor of Abia State. In fact he has made some of us believe that not even pure academics can bring development to Abia. It’s obvious we don’t just need someone with sound educational background. What we need is an extra quality that will enable such a person to be a true leader.

What type of Governor do you think Abians should vote in 2023?

We’ve never voted anyone that has the true heart of governance. That’s what we are lacking. Now, my suggestion is that for us to have a new direction, we need somebody who is a core industrialist who is a natural philanthropist, not those emergency philanthropists who appear good only during an election period.

Do you think we have such people you’re talking about in Abia State?

Yes, they’re many here. The only thing is that they may not be in politics, but from what we’re seeing, there are such core industrialists and natural philanthropists here in Abia. From 1999 till today, we’ve not been able to have such a leader.

What’s your view about the Abia charter of equity that calls for rotational governorship which is currently causing problems?

Orji Uzor-Kalu should have gone for someone from Old Aba Zone who is also from Abia Central because in Abia Central Senatorial zone, three Local Government Areas: Osisioma, Isiala-Ngwa South and Isiala-Ngwa North are of the Old Aba Zone while Ikwuano, Umuahia North and Umuahia South are of the Old Bende Zone. By implications, Old Bende Zone has done sixteen years and that’s the truth. So, if anybody is talking about equity, the Old Aba Zone should have their own sixteen years.

However, the issue of where a Governor comes from is not important to me. Even if the person is from either of the old political zones what we should be looking for is someone who is a natural philanthropist and a core industrialist that can help make our state to develop. Irrespective of where the next Governor comes from, what matters to me is what he has to offer.

What’s your take on the role of Abia House of Assembly in the governance of the state?

I see them as people who have abandoned their autonomy, gone to the House to feed their selfish interests. They don’t care about what their constituents are passing through. They’ve failed in terms of having oversight in what the executive is doing. They should have autonomy, but they have not done anything good. That arm of government has not lived up to expectations.

What’s your message to Abians as 2023 is fast approaching?

My message is very simple. We’ve been ruled by those we’re better than because of our acts of apathy. Because we don’t get involved, we’re ruled, led and controlled by people we’re better than. Some of us are saying that votes don’t count, I want them to realize that our votes count. In fact, it has started counting in Abia State. Rome was not built in a day.

Of course, we knew in the past it was not counting, but gradually people are beginning to gain consciousness and if we don’t get involved, those people who are bad will remain in the system. So, for us to get them out of the system, we must get involved. I cannot do it alone without others coming out with their PVCs and helping in educating our people to get involved in the electoral process. If we can do this needful, we’ll get Abia correct in 2023.

We are tire of negotiation – ASUU tells FG

We are tire of negotiation - ASUU tells FG