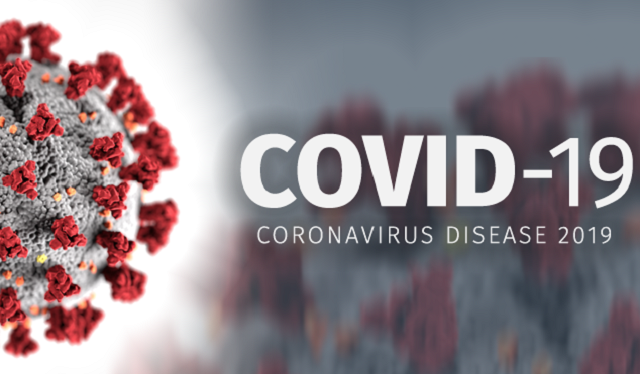 Nigeria is eagerly awaiting a foreign COVID-19 vaccine.
Early in November, in reaction to the Pfizer announcement of its successful human trials, President Muhammadu Buhari said the development of one would be a “major milestone” in medicine.

He then urged the world to be united to facilitate “the equitable access and distribution of these vaccines to protect people.” He had previously said that “only a people’s vaccine with equality and solidarity at its core can protect all of humanity and get our societies safely running again.”

It was an interesting thought given that Nigerians are often at the very professional tables and laboratories abroad where these breakthroughs are being recorded.

So, why couldn’t Nigeria lead the chase for one in the first place, instead of waiting at the borders and embassies for a handout?

Here is why:
Last week, as you may have heard, an Abuja-Kaduna train broke down.
It was the same week the Federal Government announced a N30bn plan to build two roads from Sokoto and Jigawa states to Niger Republic.

It was also the same week we learned that although during Buhari’s visit to the US in April 2018 Nigeria was begging for swift delivery of her order of 12 Super Tucano fighter jets, the aircraft may never be delivered because our four air force runways are inadequate. In February 2018, Buhari had hurriedly paid $496m (not $493m) from the Excess Crude Account for the jets without legislative approval, claiming they were urgently needed to tackle the insecurity in the country.

It was also the week that the Sultan of Sokoto, Alhaji Sa’ad Abubakar, described the North as having become the worst place in the country to live, explaining that the security had “completely collapsed.”
He told the fourth quarterly meeting of the Nigeria Inter-Religious Council in Abuja that bandits were overrunning the North, noting how they now move freely in villages and markets, displaying their AK-47 rifles completely undisturbed by the security agencies.

And as the trial in absentia continued of former Chairman, Pension Reform Task Force Team, Abdulrasheed Maina, we also learned about how up to N14bn in pension money was methodically stolen.
Rouqayyah Ibrahim, a principal investigation officer with the Economic and Financial Crimes Commission’s Pension Fraud Team, told the tribunal how the team found that Steve Oronsaye, the former Head of Service, operated an incredible 66 illegal bank accounts.

During all of this in the past several months, Nigerian scientists and doctors responded to the COVID-19 pandemic in admirable ways. First, the Nigerian Institute of Medical Research announced the development of a $25, 40-minute test to help ramp up testing in difficult circumstances and for a vast population.

And then last month, Nigerian health investment firm, Flying Doctors, boosted testing by commencing the use of mobile booths in eight of the country’s COVID-19 worst-hit states. The innovative walk-in and drive-through method separates the sample collector from those being tested.

It is a system which eliminates infections of the people conducting the tests, in addition to saving time and Personal Protective Equipment.

Despite these advances, there was no news of any local efforts to develop a vaccine. In effect, Nigeria was simply following what the rest of the world was doing while she waited for them to solve the vaccine conundrum.

As it turned out, a leader of the first breakthrough this month is a Nigerian doctor: Onyema Ogbuagu, who studied medicine at the University of Calabar, Cross River State. The US Embassy in Nigeria commended Ogbuagbu for his role.

“Nigerians contribute to the world in so many ways,” it said. “Our hats off to Dr. Onyema Ogbuagbu at Yale who helped develop a COVID-19 vaccine.”

In other words, the vaccine for which Buhari called for “a bold international agreement” might have been developed in Africa. We have the talent and the professional expertise, but neither the vision nor the will.
Think about it: Buhari launched the Abuja-Kaduna rail service in July 2017. The first breakdown occurred just two months later, on September 25 in Jere. There have been many more since then, indicating a systemic problem.

That systemic mess is why we are waiting for a vaccine handout now, just as we were begging for ventilators several months ago, when we could at least have been confident enough to prospect for one ourselves.

Elsewhere in the world, the minister responsible for the mess in the rail service would have resigned. On the contrary, Rotimi Amaechi, Nigeria’s Minister of Transportation, grows more powerful with every failure. Last week, he had a ready response for the latest train breakdown in the middle of the night.
“On behalf of the Nigerian government, the ministry, and the Nigerian Railway Corporation (NRC), we apologise to Nigerians, and I have instructed the NRC to fix it or invite the Chinese.

“If this is happening now, then they should bring back our old locomotives, it will just affect turnaround times because we get the new locomotive to increase the turnaround time.”
Huh?
Persistent equipment breakdown arises from bad or poorly maintained equipment, not from new equipment or those that are well-maintained. That a train began to break down from the beginning suggests that somebody bought what is called a “lemon”: a defective product.

In this case, Amaechi’s ministry, in the character of his government, appears to have bought several such lemons. It is the same government which took $1bn from the ECA in February 2017 without legislative authorisation and paid nearly $500bn for a $329m contract that was not available until November of that year (and without accounting for the other $500bn), begging for delivery to airports it lacks.

And Amaechi, it must be remembered, is the same minister who, a few months ago, said he had no objection to his government ceding Nigeria’s sovereignty to China, a comment which is treasonable in every self-respecting country.

Only this month, Amaechi told the National Assembly the Lagos-Ibadan rail project now needs $656m to complete. But at its launch in March 2017, Vice-President Yemi Osinbajo asserted that the necessary funds were in place and that the project would be completed in December 2018. And Amaechi added, “Work will not only start, but it will be completed in record time.”

It may also be recalled that in December 2017, the Vice-President explained that the government, acting on “strategic advice,” would not prosecute any kleptocrats. We seem to have run out of shame at the head of the table.

It is this small-mindedness which denies and deprives Nigerians locally, only to celebrate them when they thrive internationally.

Thus, while other nations may be shooting for the moon and the stars, developing vaccines and setting their people free to conquer, we choose the flag of naivety in leadership. We comfort and protect the kleptocrats.

And lacking the will or imagination to challenge the future, we retreat into the spectator stands where we write easy obituary notices and birthday greetings, leaving our children destitute and desperate.
It is the land where Chinese loans are so easy you cannot smell the poison. A land where responsibility is not an option.
Why lead when you can follow?

We are taking them from street to Stars — Anusiem