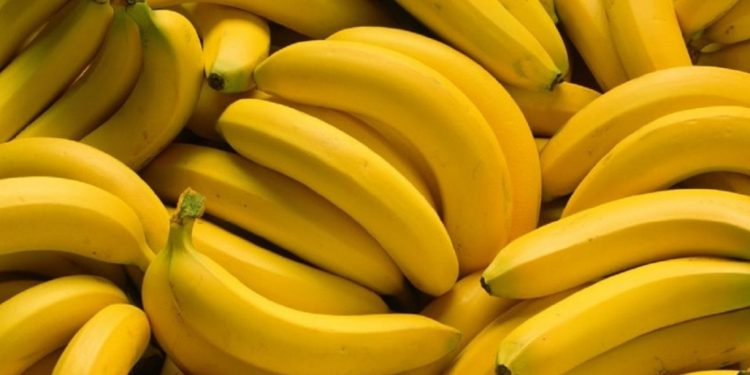 A wide variety of health benefits are associated with the curvy yellow fruit. Bananas are high in potassium and pectin, a form of fiber, said Laura Flores, a San Diego-based nutritionist. They can also be a good way to get magnesium and vitamins C and B6.

“Bananas are known to reduce swelling, protect against developing Type 2 diabetes, aid in weight loss, strengthen the nervous system and help with production of white blood cells, all due to the high level of vitamin B6 that bananas contain,” Flores told Live Science.

“Bananas are high in antioxidants, which can provide protection from free radicals, which we come into contact with every day, from the sunlight to the lotion you put on your skin,” Flores added.

From green to black

A 2017 meta-analysis published by Prilozi section of Medical Sciences suggested that unripe green bananas offer some health benefits. They may help with controlling gastrointestinal problems such as diarrhea and ulcers, and may lower cholesterol and blood pressure. Some studies have suggested that the lectins in green bananas could provide treatment for HIV patients.

At the other end of a banana’s life, research has shown that the levels of nutrients rise in bananas as they ripen. Bananas with dark spots were eight times more effective in enhancing the power of white blood cells than green-skin bananas, according to a 2009 study published in Food Science and Technology Research. White blood cells fight infections from bacteria, fungi, viruses and other pathogens.

Health benefits
Heart health
Bananas are good for your heart. They are packed with potassium, a mineral electrolyte that keeps electricity flowing throughout your body, which is required to keep your heart beating. Bananas’ high potassium and low sodium content may also help protect your cardiovascular system against high blood pressure, according to the FDA.

A 2017 animal study conducted by researchers at the University of Alabama found that the potassium in bananas is also linked to arterial effectiveness; the more potassium you have, the less likely your arteries are to harden. In the study, mice with lower-potassium diet had harder arteries than mice consuming a normal amount of potassium. Arterial stiffness in humans is linked to heart disease.

Depression and mood
Bananas can be helpful in overcoming depression “due to high levels of tryptophan, which the body converts to serotonin, the mood-elevating brain neurotransmitter,” Flores said. Plus, vitamin B6 can help you sleep well, and magnesium helps to relax muscles. Additionally, the tryptophan in bananas is well known for its sleep-inducing properties.

Bananas are high in fibre, which can help keep you regular. One banana can provide nearly 10 percent of your daily fibre requirement. Vitamin B6 can also help protect against Type 2 diabetes and aid in weight loss, according to Flores. In general, bananas are a great weight loss food because they taste sweet and are filling, which helps curb cravings.

Bananas are particularly high in resistant starch, a form of dietary fibre in which researchers have recently become interested. A 2017 review published in Nutrition Bulletin found that the resistant starch in bananas may support gut health and control blood sugar. Resistant starch increases the production of short chain fatty acids in the gut, which are necessary to gut health.

Exercise
For replenishing energy and electrolytes, bananas can be more effective than sports drinks. A 2012 study published in PLOS one looked at male athletes competing in long-distance cycling races. They compared athletes refuelling with Gatorade every 15 minutes to athletes refuelling with a banana and water. Researchers saw that the athletes’ performance times and body physiology were the same in both cases. But the banana’s serotonin and dopamine improved the athletes’ antioxidant capacity and helped with oxidative stress, improving performance overall.

Vision
Carrots may get all the glory for helping your eyes, but bananas do their share as well. The fruits contain a small but significant amount of vitamin A, which is essential for protecting your eyes, maintaining normal vision and improving vision at night, according to the National Institutes of Health. Vitamin A contains compounds that preserve the membranes around your eyes and are an element in the proteins that bring light to your corneas. Like other fruits, bananas can help prevent macular degeneration, an incurable condition, which blurs central vision.

Bones
Bananas may not be overflowing with calcium, but they are still helpful in keeping bones strong. According to a 2009 article in the Journal of Physiology and Biochemistry, bananas contain an abundance of fructooligosaccharides. These are non-digestive carbohydrates that encourage digestive-friendly probiotics and enhance the body’s ability to absorb calcium.

Cancer
Some evidence suggests that moderate consumption of bananas may be protective against kidney cancer. A 2005 Swedish study found that women who ate more than 75 servings of fruits and vegetables cut their risk of kidney cancer by 40 percent, and that bananas were especially effective. Women eating four to six bananas a week halved their risk of developing kidney cancer.

Bananas may be helpful in preventing kidney cancer because of their high levels of antioxidant phenolic compounds.

Pregnancy
While not exactly a health benefit, a study published by The Royal Society found that the potassium in bananas is correlated with women giving birth to baby boys. The study looked at 740 women and saw that those who consumed high levels of potassium prior to conception were more likely to have a boy that those who did not.
Bananas may also help prevent gestational diabetes. Lack of sleep during pregnancy can contribute to gestational diabetes, according to a meta-physics published in Sleep Medicine Reviews. But the magnesium and tryptophan in bananas can help ensure a good night’s rest.

Health risks
Eaten in moderation, there are no significant side effects associated with eating bananas. However, eating the fruits in excess may trigger headaches and sleepiness, Flores said. She said that such headaches are caused by “the amino acids in bananas that dilate blood vessels.” Overripe bananas contain more of these amino acids than other bananas. “Bananas can also contribute to sleepiness when eaten in excess due to the high amount of tryptophan found in them,” she said. Magnesium also relaxes the muscles — another sometimes-benefit, sometimes-risk.

Bananas are a sugary fruit, so eating too many and not maintaining proper dental hygiene practices can lead to tooth decay. They also do not contain enough fat or protein to be a healthy meal on their own, or an effective post-workout snack.

Eating bananas becomes significantly risky only if you eat too many. The USDA recommends that adults eat about two cups of fruit a day, or about two bananas. If you eat dozens of bananas every day, there may be a risk of excessively high vitamin and mineral levels.

The University of Maryland Physical Centre reported that potassium overconsumption can lead to hyperkalaemia, which is characterized by muscle weakness, temporary paralysis and an irregular heartbeat. It can have serious consequences, but you would have to eat about 43 bananas in a short time for any symptoms of hyperkalaemia to occur.

According to the NIH, consuming more than 500 milligrams of vitamin B6 daily can possibly lead to nerve damage in the arms and legs. You would have to eat thousands of bananas to reach that level of vitamin B6.

Banana peels: edible or poisonous?
It turns out that the biggest risk from a banana peel might really be slipping on it. Banana peels are not poisonous. In fact, they’re edible, and packed with nutrients. “Banana peel is eaten in many parts of the world, though [it’s] not very common in the West,” Flores said. “It contains high amounts of vitamin B6 and B12, as well as magnesium and potassium. It also contains some fiber and protein.” According to a 2011 article in the journal  of Applied Biochemistry and Biotechnology, banana peels also have “various bioactive compounds like polyphenols, carotenoids and others.”

It is important to carefully wash a banana peel before eating it due to the pesticides that may be sprayed in banana groves.

Banana peels are usually served cooked, boiled or fried, though they can be eaten raw or put in a blender with other fruits. They are not as sweet as banana flesh. Riper peels will be sweeter than unripe ones.

Bananas may have been the world’s first cultivated fruit. Archaeologists have found evidence of banana cultivation in New Guinea as far back as 8000 B.C.

The banana plant is classified as an arborescent (tree-like) perennial herb, and the banana itself is considered a berry. A bunch of bananas is called a hand; a single banana is a finger.

There are almost 1,000 varieties of banana, according to the Food and Agriculture Organization of the United Nations (FAO). Nearly all the bananas sold in stores are cloned from just one variety, the Cavendish Banana Plant, originally native to Southeast Asia. The Cavendish replaced the Gros Michel after that variety was wiped out by fungus in the 1950s. The Gros Michel reportedly was bigger, had a longer shelf life and tasted better. The Cavendish are resistant to the fungus that killed off the Gros Michel, but they are susceptible to another fungus and may face the same fate within the next 20 years, botanists say.

Botanically, there is no difference between plantains and bananas. But in general use, “banana” refers to the sweeter form of the fruit, which is often eaten uncooked, while “plantain” refers to a starchier fruit that is often cooked before eating.

Ecuador is the leading producer of bananas worldwide, followed by the Philippines. Bananas are produced in other tropical and subtropical areas of Asia, Africa, and the Americas, as well as the Canary Islands and Australia.

Wild bananas grow throughout Southeast Asia, but most are inedible for humans, as they are studded with hard seeds.

In 1923, sheet music for a popular song titled “Yes, We Have No Bananas!” sold upward of a thousand copies a day.

Harry Belafonte’s version of the “Banana Boat Song” was released on the first album to sell over a million copies, Belafonte’s “Calypso.”