… As Industries shut down, relocate to Onitsha 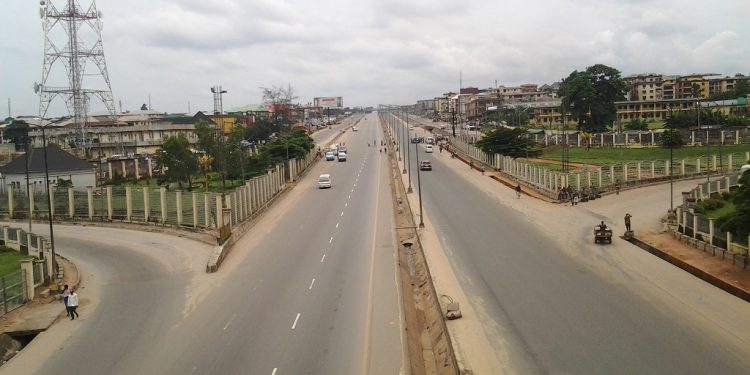 0
SHARES
51
VIEWS
Share on FacebookShare on TwitterShare on Linkedin

Industrialists running factories at the Onitsha Road Industrial Layout at Irete, Owerri West Local Government Area of Imo State are experiencing the worst times as successive governments in the State have neglected the high economic potentials of the layout while concentrating on frivolities and levities that attract cheap applauses that does not stand the test of time.

Successive State governments in Imo have failed in providing the necessary infrastructural development facilities that can encourage the existing industries and as well facilitate the smooth take off of the new multi-national companies that are willing to establish in the State, probably because these administrations do not realise that industrialization is very necessary for the growth of any state as it will bring about value addition to the state

This negligence that has gradually resulted to outright abandonment has caused a speedy fleeing and relocation of industrialists to other states especially Anambra and Delta States where infrastructural facilities are duly provided by State Governments to attract large capacity investors with a view to boosting the state’s economy and as well create employments for the teaming youths.

It could be recalled that Onitsha Road Industrial Layout, was carved out by Ndubisi Kanu, the first military administrator of the old Imo State created in 1976, by Murtala Muhammed and Chief Sam Mbakwe of blessed memory laid the first infrastructural development structure that encouraged investors into the layout then.

The Onitsha road industrial layout with over 200 industrial plots was housing more than 100 industrial companies operating at optimal capacity in the early 1980s because then governor, Chief Samuel Onunaka Mbakwe, provided the required enabling infrastructural development facilities but now, less than 15 companies are still operating in the layout with 90% of the remaining factories working at less than half, their installed capacity yet the government is still discouraging them with poor and irregular power voltage supply at a cut-throat billing and immoderate payments ranging from multiple taxation to fumigation levies among others, in such a desolate area.

Governor Rochas Okorocha during his electioneering campaign for a second tenure promised Imo people, industries and factories which according to him will in turn create jobs for the people of the state yet he completed the 2 tenures of 4 years each without any form of attention in the line of infrastructural development facilities to the industrial layout, he ended his tenure leaving the environmental condition of the industrial area so discouraging, that resident industrialists fled and the incoming investors redirected to other states.

For instance, the environmental condition of the Onitsha Road Industrial layout in Imo drove Tummy-Tummy factory, originally residing in the layout to Nnewi in Anambra State. The supposed biggest Pharmaceutical factory in West Africa, currently building at Anambra State was originally designed to be located at Onitsha road industrial layout, Irete but the expatriates who came down for feasibility were not satisfied with the environmental condition of the layout as there were no infrastructural development facilities on ground, causing the investors to play into Anambra State, where there are better operational facilities and environment.

The story is not different for a hatchery industry that relocated to Ogun State from the layout. Also in the unending list of companies who were forced out of business by the deteriorating and unsupportive condition of the estate is Dolphin Industries, producers of the best industrial shoe gum in the country, located in this same layout.
Some of the major Industrialists with a large factories in the layout who spoke to our team of editors while on inspection tour of the Industrial area, described investing in Owerri, particularly Onitsha Road Industrial Layout, as punishment. They said, only strong and thick-livered investors can operate in Onitsha Road Industrial layout, following the fact that there are no infrastructural development facilities in the layout which investors can leverage, unlike it is in other states like Anambra where investors from the Layout run to.

Chief Okey Ikoro, who is also a heavy investor in the Industrial Layout, who also spoke to our team, maintained that a visionary government would waste no time in realising the great economic potentials of the layout and harnessing same without delay. He informed, there is a total of 16km road network in the entire layout and wondered why the government cannot address it headlong so that vehicles can have access into layout as roads into the layout are virtually not motorable during rainy season.

Chief Ikoro hinted that the state government can deploy concession method to resuscitate the near moribund layout in order to boost the state’s economic base and possibly discourage the state from absolute dependence on federal government’s allocation. He also said, if the Hope Uzodinma led administration creates the infrastructural development facilities in the industrial area, the layout will undoubtedly grow at an unprecedented speed and subsequently employ a lot of people, there by reducing the employment deficit of the state.
He reiterated on the high advantages, the location of the Industrial layout at Owerri has granted the State, insisting that the location of the layout is so central that it will service customers from Rivers, Abia and Anambra without hiccups.

After one day in office: Uzodimma travels to Abuja, yet again!