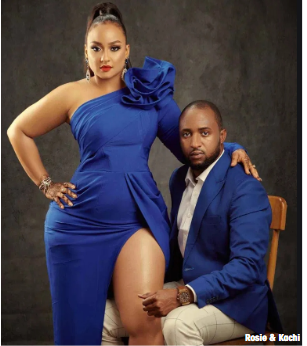 Former Ultimate Love housemate, Onyekachi Uchagwu aka Kachi, has taken to social media with a note of apology to his fans following rumours that made the rounds about his relationship with Rosie.

The reality star in a post shared on his official Instagram page stated that those who know him very well can attest to the fact that he is not capable of some of the things he was accused of.

Recall there were rumours that Kachi cheated on his fiancée, Rosie, and allegedly failed to visit her after she lost her pregnancy. According to him, he needed to find strength before addressing the issue.

He wrote: “I sincerely apologize for my long silence. I needed to find strength before addressing the public because I have never been in such a situation before. Those that know me, know what I stand for. We all make mistakes in this journey of life as humans,

but I am very much not capable of doing the things that have been circulating on social media. Still speaking on the matter, the reality star said he feels hurt to see people who have been on the journey with him hurt.

Kachi also apologised to his fan base, Roknation, for the emotional stress that they have had to endure for his sake. “Roknation, sincerely from the bottom of my being,

I am sorry for the emotional stress these past few days have put you through. You have been part of my journey right from the house through the trying times, the sweet times, the joyful times to the teary times, you stood right by me without doubts and unshaken.

How to build a strong family