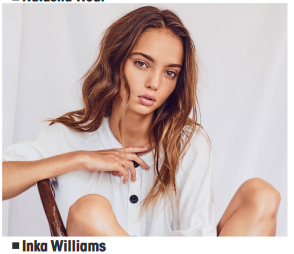 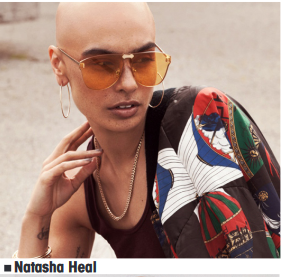 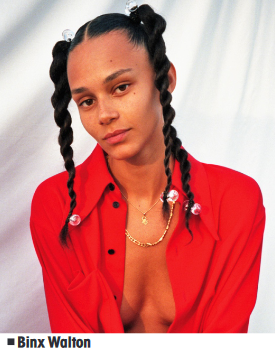 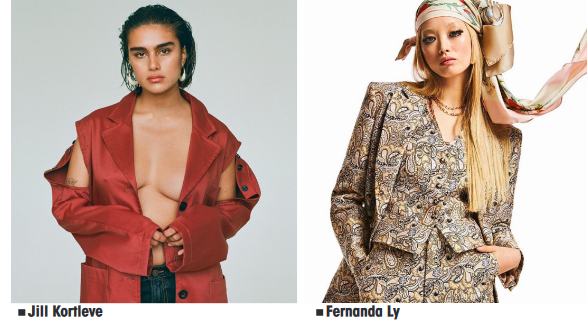 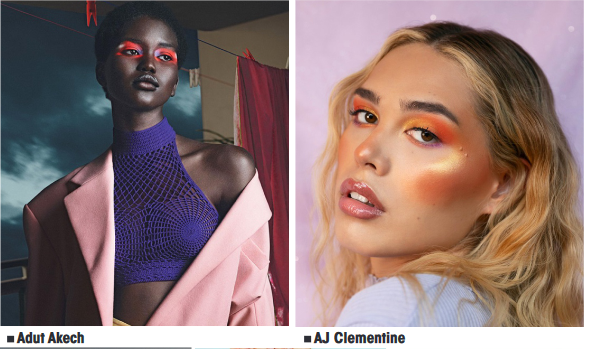 Adut Akech
It’s no surprise the fantastic Adut Akech has made the list. She has always been one of our favourite role models. Adut was named ‘Model of the Year’ in December 2019 and her reign continues as one of 2020’s role models. She began modelling at sixteen under the guidance of Chadwick Models, in Sydney. Since then she has walked for big labels during both Melbourne and Paris Fashion Week and featured in magazines such as Vogue and Allure. Adut has also spoken out against industry racism and the toil of her mental health. She expressed through an Instagram post that she’d fought her way through some truly dark times. Adut’s inspirational story and continued success make it impossible not to love her!

AJ Clementine
Having skyrocketed to fame shortly after the release of Sportsgirl’s ‘Be That Girl’ campaign, AJ Clementine is one to watch. Primarily known for her popularity on YouTube and Instagram, AJ had dreamed of becoming a model. She often shares her experience being part of the trans community and inspires others to believe anything is possible. AJ is a proud trans woman using her newfound fame to be a safe space for all. Instagram regrammed one of her photos and now everyone can’t stop talking about Miss. Clementine!

Adwoa Aboah
Known for her group Gurls Talk launched in 2015, model Adwoa Aboah has created a space to feel safe in. The British fashion model has always been open about her struggles with depression and addiction throughout her successful career. She has modelled for big brands such as Calvin Klein, Fendi and Alexander Wang. Her aim is to constantly provide support for those who need it as she advocates strongly for mental health awareness. Recently, due to the coronavirus pandemic, Adwoa has announced a new digital initiative, #CopingTogether, through Gurls Talk. Self-isolation can be lonely and #CopingTogether encourages people to submit their art to cope and feel less alone.

Jill Kortleve
We love everything about Jill Kortleve! From her to-die-for bushy brows to her amusing facial hair removal videos on Instagram. The plus-size Dutch model made her name known after she was the first curvaceous queen to walk for Chanel in a decade. Fashion Week Paris 2020 showed Jill sauntering down the runway and loving every second. “There’s a much-needed change happening on the runway and I’m proud and feel grateful to be a part of it. I truly hope that in the future I get to see and work with many more models who used to not fit the briefing,” she said on her Instagram. Jill is just another positive step in the right direction. Jill reminds us that even our role models are human too.

Helena Christensen
A supermodel and all-round legend, Helena Christensen has been an icon within the industry for decades. What makes her one of our 2020 models of the year? The fact that she’s killing it! Helena recently featured in the revived Victoria’s Secret campaign, showing beauty and feeling sexy isn’t limited to a certain age group. Her Instagram feed is dedicated to loving herself, promoting her positive family values and living life to the fullest. Her energy is radiant and she looks incredible, it’s hard to believe this woman has ever had a bad day!

Angel Dixon
Australian model and powerhouse, Angel Dixon is turning the tables on disability representation within the modelling industry. She is an advocate for universal design; meaning an item or environment can be accessed and used by all people. “[It’s] about creating things to be usable to all people without the need for specialised adaptation,” she said in an interview with Fashion Journal. Angel walked in her first runway during Los Angeles Fashion Week and was named Queensland’s Young Person of the Year. Angel often points out how people with disabilities are often the first people forgotten when it comes to fashion. She plans to change that!

Fernanda Ly
One of our most stylish role models, Fernanda Ly is the quirky queen we’re all dying to be. Her sharp bob meets mullet and insane sense of style makes her the perfect 2020 inspiration. Fernanda’s unique look is highly sought after amongst the fashion and modelling industries. She was discovered in a shopping centre in Australia and gained an immediate following due to her pink hair at the time. Fernanda has walked the runways for Louis Vuitton and featured in Dior, Forever 21 and Tiffany & Co. campaigns. Most recently she was on the cover of Vogue Hong Kong January 2020 edition.

Natasha Heal
Four years ago model Natasha Heal developed alopecia, a condition that affects 2% of Australians. She did not let that get in the way of her goals. Natasha had been modelling since she was thirteen and despite losing hair she continued to get in front of the camera. Natasha’s motto is – hair, no hair, don’t care!! She is proud of her hairless head and loves how unique it makes her look and feel. “You can get past it. Your hair can grow back. But, at the end of the day, it doesn’t matter if it does or it doesn’t, you’ve just gotta be you.” Signed with GIANT Model Management, Natasha has been photographed for Bonds and walked in Melbourne Fashion Week.

Inka Williams
Bonds Ambassador and 18-year-old Australian model Inka Williams is one to watch. Residing in Bali, Inka posts about her laid back lifestyle with her 1.4 million followers. The up-and-comer shares through her Instagram stories what it means to be authentic. Inka has been open about her battle with acne and the difficulties she faced surrounding her skin. A huge advocate for making environmental change, Inka’s description bar is usually a link to an educational article or petition to help the world. Throughout her career, she has modelled for the likes of Elle Magazine, Samantha Willis and Ripcurl.

Binx Walton
Binx Walton is paving the way for young models that don’t have a stepping stone into the industry. She’s made it clear that she has no plans to promote or publicize herself and hopes her talents speak for themselves. “There is a place for each and every single one of you if you have the will and the drive to make an idea or dream real,” she said. Binx has collaborated and formed strong bonds with the likes of Versace and Marc Jacobs. She refuses to force connections and is a strong believer in the power of self-expression. Binx encourages others to “do what they want to do” and let nothing stand in the way.