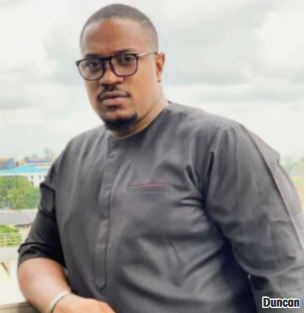 0
SHARES
164
VIEWS
Share on FacebookShare on TwitterShare on Linkedin

Popular Nigerian actor, Mofe Duncan, had earlier revealed on social media that he is a feminist and he spoke more about his stance. During an interview, the movie star said that being a feminist does not mean being a womaniser.

He continued by saying that it meant embodying women and agreeing with them to be leaders and more. The 37-year-old revealed that he had five sisters and many cousins which naturally made him care for women, respect them and be sensitive to their issues. He added that he believes women are marginalised.

The film star said he would like for his first two kids to be girls because he had seen the importance of women being squad leaders. Speaking further during the interview, Mofe Duncan said that even biologically, the female is a higher specie than the male.

He said that they carry the kids and that he does not think any man can go through the pain of childbirth. He also said that women mature faster than men and that in the animal kingdom, it is the female who hunts.

Not stopping there, Duncan said that he thinks he would be an advocate for women’s rights, more women recognition in the workplace, women having more say, etc. He, however, admitted that some women had issues, just like men.