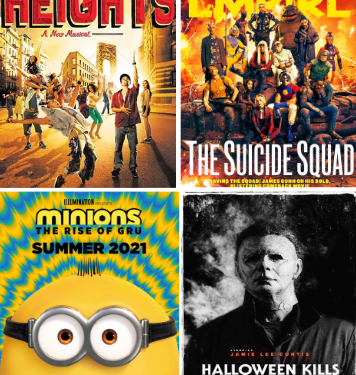 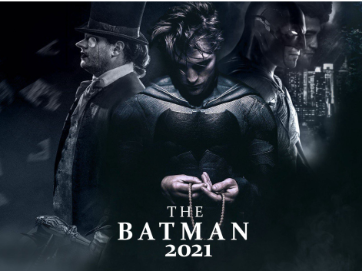 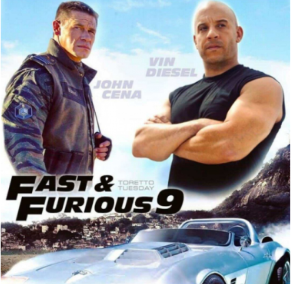 The year 2020 has been somewhat of a lost year in many industries. One of those has been in the movie industry. Due to the COVID-19 crisis many movies have seen their theatrical releases pushed back to 2021.

While that may not be good news for 2020, 2021 could be one of the biggest blockbuster years for movies ever.
See below just a slice of the top-flight movies that you can expect from beloved Hollywood properties:

The Batman
See the highly anticipated debut of Robert Pattinson, of Twilight fame, as the dark knight, Batman. This DC Superhero reboot is guaranteed to have audience interest piqued in the newest chapter of the bat. Previous Hollywood A-listers to don the batsuit have included: Michael Keaton, Val Kilmer, George Clooney, and Ben Affleck.

Fast & Furious 9
Dominic Toretto and the family return in the ninth installment of the Fast & Furious franchise. The films staring the diverse cast of Vin Diesel, Michelle Rodriguez, Tyrese Gibson, Chris Bridges, and more have grossed more than $4 billion at the box office and has become one of the most successful movie franchises in cinematic history.

The Suicide Squad
Despite the hugely popular 2017 release of Suicide Squad starring an ensemble cast featuring Will Smith, Jared Leto, and Margo Robbie, DC and Warner Bros. have decided to reboot this fan-favorite franchise of your favorite DC anti-heros. While Margot Robbie will reprise her role of Harley Quinn, newcomers Idris Elba, John Cena, and David Dastmalchian will be rounding out the cast in yet to be verified characters.

In the Heights
Based on the epynonmous Tony-Award winning musical, In the Heights takes you on a journey through New York’s Washington Heights neighborhood. Lin-Manuel Miranda, creator of the hit musical Hamilton, executive produces the project along with joining the talented cast of Anthony Ramos, Stephanie Beatriz, and more of this big screen adaptation of the original Broadway smash. Originally scheduled for June 2020, In The Heights comes to movie theaters in the summer of 2021.

Jurassic World 3
The only thing better than a Jurassic Park is a Jurassic World. The Universal mega-tentpole movie based on the original Michael Chrichton novels, will bring back together Bryce Dallas Howard and Chris Pratt as they encounter dinosaurs up close and personal. Join them on the third installment of the Jurassic World series.

Minions: The Rise of Gru

Those loveable little yellow guys are back. Come see Illumination’s most beloved characters in the new film Minions: The Rise of Gru, as they go on an adventure filled with high flying stunts and laugh out loud comedy.

Haloween Kills
Just when you thought that it was safe to go out at night, Halloween Kills is back with more thrills to keep audiences at the edge of their seats. Jamie Lee Curtis reprises her most iconic role in the newest installment of the Michael Myers saga in Halloween Kills.

Jungle Cruise
Based on the popular Disneyland ride, Jungle Cruise brings the story alive for a new generation this summer of 2021. Starring Dwayne “The Rock” Johnson and Emily Blunt, this new take on the Jungle Cruise story will be an adventure that audiences will never forget.

With all of these major Hollywood powerhouse films, 2021 could reach box office levels in excess of $12 billion, a feat that has never been accomplished before in North America.

However all of this is contingent on movie theaters opening back up to full capacity and the United States getting a handle on the COVID-19 pandemic which has gripped the nation and the world.