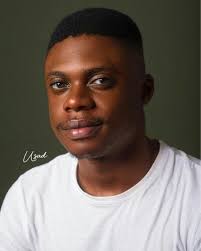 Controversial Nigerian comedian Victor Ebiye has taken to social media with words of appreciation for a kind-hearted couple who parted away with their hard-earned money and blessed him with N500k.

The skit maker while sharing the news with fans on his Instagram page said he was stunned by the gesture while suggesting that the gesture is indeed the purest form of love.

In a different Instagram post, Ebiye announced that he has finally offset a debt of N900k which had caused a stir on social media some days ago. Recall that the actor was accused of owing an outstanding balance for a luxury Benz car which he purchased.

However, Ebiye received heavy backlash from members of the internet community for making a skit that suggested that he was mocking the person he owed. Confirming that the money has been paid, he said: “TO WHOM IT MAY CONCERN 900k PAID! Thank you to everyone that supported! I would love to specially appreciate some people because without them, I would never have survived this.”

“I don’t like promoting my music, I just make the music” – Wizkid brags

"I don't like promoting my music, I just make the music" - Wizkid brags

A Simple Tool For Evaluating Politicians