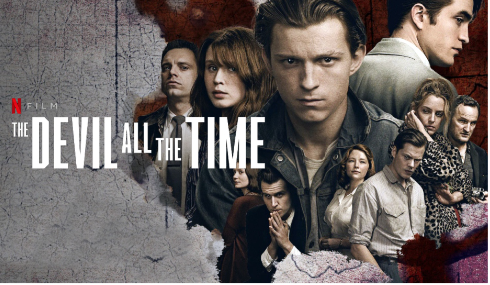 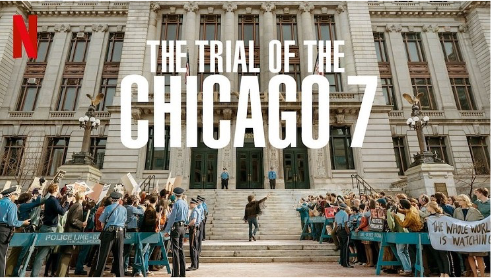 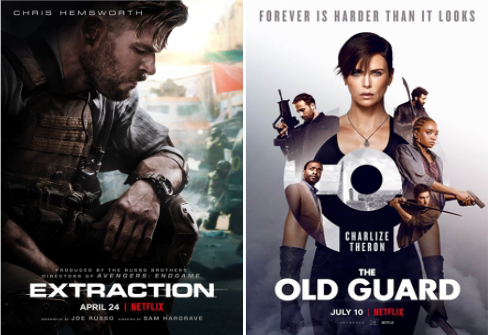 The Internet Movie Database, (IMDb) has listed some of the best movies so far on Netflix.
With less than two months before the end of 2020, Netflix released over a hundred movies thus far.
With films that were either exclusively distributed or produced by them, several of Netflix’s movies happen to be some of the best of the year.

Netflix’s reputation as a streaming platform continues to get better as they release new and refreshing content each year.

Below are the 10 best movies on Netflix this year so far:
The Trial Of The Chicago
This drama is the highest rated with 7 – 7.9 points. In this court drama, seven people are charged by the federal government after a riot took place at the 1968 Democratic National Convention.
While their defense team attempts to prove their innocence, they also face a biased and unjust system that moves further away from their favour.

The movie became one of the most-talked-about-movies of the year, particularly with the story’s real-life parallelism to today’s political environment.

Critics and audiences alike praised the film for its brilliant screenplay and direction by Aaron Sorkin, making it a deserved frontrunner for the upcoming Academy Awards.

Most importantly, the performances by the actors such as Sacha Baron Cohen and Eddie Redmayne were the highlights.

The Devil All The Time
With 7.1 rates, the movie focuses on a series of characters in a small but corrupted town. While they all live separate lives, each of their stories will eventually converge to one, especially for a young man who seeks vengeance for his loved ones and lives with tragedy.

This psychological thriller is based on the novel by Donald Ray Pollock.
Despite the movie being slow-paced and dark, viewers were impressed by the performances of the ensemble cast, particularly of Robert Pattinson and Tom Holland.

The Forty-Year-Old Version
When a 40-year-old play writer has not reached the success that she anticipated, she works on a mixtape to share her message to the world.

However, whether her new career as a rapper will finally change the course of her life remains the ultimate question.

Radha Blank starred, directed, wrote, and produced the critically acclaimed movie.
Also with 7.1 rates as The Devil All The Time, viewers complimented the movie for its refreshing and breathtaking story of a struggling woman who changes the trajectory of her lifestyle into something different and rewarding.

The Half Of It
In this teen drama, Ellie Chu gets through high school by making money for doing other student’s homework.
Eventually, Ellie is hired by the school jock to write love letters to his crush.

However, her world turns upside down when she realizes that she also loves the same person.
The movie is 6.9 rates is another coming-of-age drama that narrates a tender, sharp, and compelling story of a young girl’s experience in love at first sight.

Several critics noted the movie for its fantastic direction and great performance of the young cast, including breakthrough actress Leah Lewis.

The Boys In The Band
With 6.8 rates, the movie is based on the 1968 play by Mart Crowley.
The movie focuses on a house party among gay friends. However, things take a turn at the party when a game leads to each person revealing their true feelings to the people around them.

Alongside the brilliant direction by Joe Mantello, producer Ryan Murphy brings to light a compelling movie with a story filled with surprises and highlights the movie’s central plot to modern times.

With high regards from critics and audiences, the great performances by an exclusively gay cast strengthen the movie’s emotional story.

Extraction
In the middle of an international drug war between competing families, Tyler Rake is recruited on a rescue mission to save a kidnapped Indian boy in Dhaka, Bangladesh. As the rescue mission does not go plan, Tyler is faced with the impossibility of actually succeeding in bringing the boy back home to his family.

Anthony and Joe Russo ventured onto a new project with Extraction, following their completion of the Marvel movies. With Sam Hargrave as the director, the team also reunited with Marvel actor Chris Hemsworth to create their latest action-thriller flick.

With 6.7 rates, the movie can be pretty violent at times, most viewers will agree that Extraction is perhaps the best action-packed ride of the year.

I’m Thinking Of Ending Things
While traveling with her boyfriend to meet his parents for the first time, a young woman contemplates breaking up with him. However, things do not appear as they seem as she goes through a series of unusual events around the town.

With a rate of 6.7, the movie is an unusual psychological horror movie, written and directed by Charlie Kaufman.
Despite the ambiguous ending, critics praised the movie for its complex and breathtaking approach to the horror genre.

Also, both Jesse Plemons and Jessie Buckley give outstanding performances as the couple.

The Old Guard
When Andy and her team of mercenaries learn that someone knows about their immortal powers, they go on the run to protect their freedom before they become used for something more dangerous.
While trying to hide, they discover a new member that also possesses the power, which complicates their mission.

Starring Charlize Theron and Kiki Layne, the movie was Netflix’s biggest summer hit that had everyone talking.
Rated 6.6 on the list, the action-filled movie ventured into a different concept of the superhero genre that led viewers to want more.

Several viewers celebrated the superhero film for its mind-blowing action sequences and performance by Theron.

Enola Holmes
While most people are aware of the famous detective Sherlock Holmes, it appears that Holmes has a younger sister who shares the enthusiasm for solving crimes.
When their mother goes missing, Enola embarks on a journey to learn the truth about her disappearance in hopes of bringing her back home safely.

However, her mission is complicated when she comes across a young lord whose life is in danger.
With 6.6 rates, the movie is based on the young adult novels by Nancy Springer, Enola Holmes narrates new and revitalized storytelling of mystery and crime-solving in Baker Street.

Millie Bobby Brown gives a remarkable performance as the titular character, presenting her youthfulness yet feminist personality as a young detective. Due to the huge response by viewers, Enola Holmes became the most-watched movie on Netflix during the first five days of its release and had the biggest first-day opening release on Netflix this year.

Over The Moon
In hopes of meeting the moon goddess, a young girl named Fei Fei builds a rocket ship to fulfill her dreams. When she somehow succeeds, she witnesses a whole new world with her bunny Bungee and stepbrother Chin.

Over the Moon presents heartwarming storytelling that centralizes on loss and hope.
Also with 6.6 rates, viewers will find the animation to be vibrant and colorful, which compliments the setting and tone. Moreover, Over the Moon is a rejuvenating movie that many people can enjoy with their families.