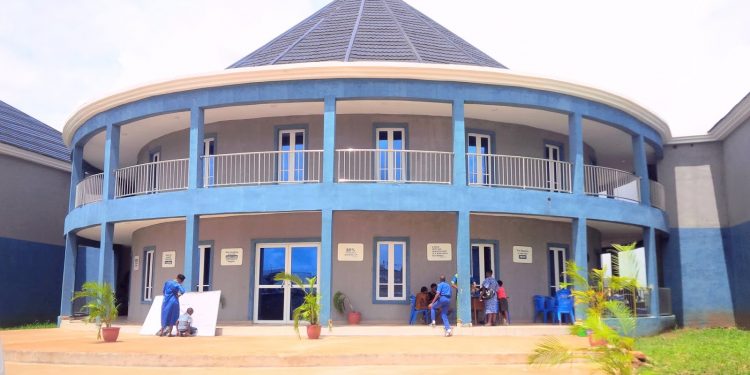 The Rochas Foundation College in Orji Owerri Imo state has taken entrance examination into the school as against speculation that the school might close down after the property was sealed by EFCC and the Imo state government.

It is note worthy that the College and other properties owned by the former governor was seized and some recovered by the present administration of Imo state. During the time the college was sealed by the EFCC and the state government, there were lots of speculations by Imo citizens that the college will be closed down or relocated from its Orji location to another place since it was purported that Okorocha acquired the land the school was built on from the indigenes without proper compensation.

This approach has generated lots of crises as some of the land owners are bent on the recovery of their lands or adequate compensation.

On the hand, some people are of the view that the college since it runs free education should be allowed to stay since it still gives the children of the state an opportunity to acquire education free of charge.

Last year, the school was sealed and it generated lots of controversy and fears about what will become the state of the college.

When News Echo visited the school, some of the students who are drawn from less privileged or average homes disclosed that they were picked from the streets and given the opportunity for free education expressed worry about what will become their faith if the school is closed down. They appealed to the Imo state government to consider their plight and allow them the opportunity of the free education since they are also Imo citizens.

From findings, it seems the Imo state government has piped down on it’s quest to recover the lands or have the school closed.

News Echo gathered that the school just took the Entrance Examination for fresh admission of JS1 students into the college.

Some of the parents who brought their children for the exams could not hide their feelings as they expressed delight that amidst the speculation the entrance examination was finally conducted.

The parents thanked the government for handling the issue amicably thereby allowing the college to thrive. This they said will help alleviate their suffering as the cost of education is high nowadays.
News Echo also gathered that education in the college is totally free ranging from the school Uniform, books, and other School materials. The college also takes care of both SSCE / Jamb examinations of their students.