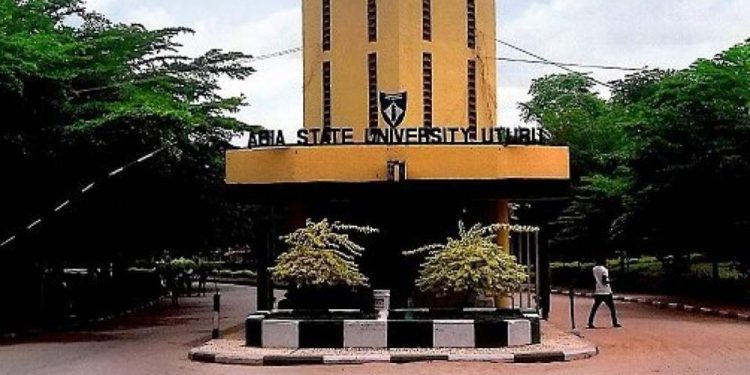 The payment of seven months salaries of Doctors at Abia State University Teaching (ABSUTH), Aba by Abia State government may lead to re-accreditation of the school by the National Universities Commission (NUC).
The expected re-accreditation, as gathered by News Echo, may take place in late October or early November, 2022 as informed by an official of ABSUTH who spoke under anonymity.

The official who said he is not qualified to go to the press on the labour matter, however, revealed that National University Commission (NUC) accreditation team may return to Aba soon, as according to him, non-payment of workers’ salaries accounted most for the industrial actions embarked upon by the medical doctors in the school before now.

“Just like it happened at Abia Poly, we may regain our status this October or early November if all things are equal”, said the ABSUTH staff.
The NUC had in May, withdrawn the accreditation of the medical school, citing some reasons and the situation threw many admission-seeking medical students and their parents into confusion and dilemma.

But on Saturday, the President of Association of Resident Doctors (ARD), ABSUTH branch, Dr Nnamdi Erondu told Journalists in Umuahia that his members have received payment of seven months salary arrears from the Abia State government with a further promise by the government to pay the remaining months.
To this end, Dr Erondu confirmed that his members are back on duty at ABSUTH, Aba, to save lives and train student doctors.
According to Dr Erondu, ” We are happy to inform members of the public that we are back to work at the teaching hospital in Aba and they can come access our usual quality medical services.”

He continued, “The Governor has done well to keep his promise to our members and we are hopeful that he will handle the rest as quickly as possible.”
Dr Erondu confirmed that “All our members are back to work to work and ready to deliver quality service to Abians.”
The ARD ABSUTH President assured that his members would support every effort towards the return of accreditation to school by the NUC.
Findings by News Echo discovered that after the withdrawal in May, some wealthy parents who wanted their students to study medicine and surgery in ABSU took their children to some private universities to ensure that their ambitions were not affected.

Among the private schools that benefited from the development was Gregory University, Uturu, owned by Prof Greg Ibe, guber candidate of APGA in Abia.
But parents who could not afford the high demands of private universities, decided to wait for the NUC to reopen the school.
One of the parents whose child scored high marks in her UTME, Mr Cletus Awa who spoke on the matter on Monday, expressed his desire to have his daughter admitted to study in ABSU.

Mr Awa who commended Governor Okezie Ikpeazu for the payment of the seven months salary, urged him to follow up the matter by ensuring that the teaching hospital is reopened quickly.
Awa said, “I don’t have the money to train my child in private universities. They are not affordable for the common man. That is why am waiting patiently for ABSUTH to reopen so that my brilliant daughter and can go there and study.”