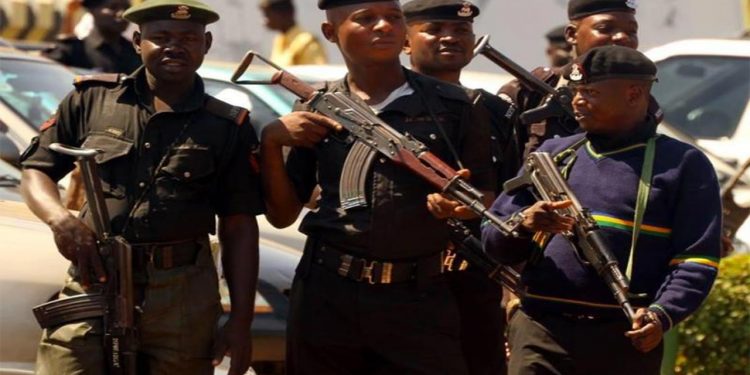 One of the greatest challenges confronting the nation today is that of insecurity. One of the basic responsibilities of government as well is the protection of lives and property. The level of insecurity it would appear is drumming out to a large extent how government has failed to discharge this onerous duty.

The different security units in the security architecture have their various roles clearly defined without over laps. Sadly, in the civil society which is the domain of the police, the crime situation got to an alarming and overwhelming level that soldiers are deployed to play the roles that are strictly within their purview.

Virtually everywhere in the country today is challenged by one form of insecurity or another and unfortunately government appear incapable of coping with the situation. The combination of banditry, armed robbery, kidnapping, cattle rustling, rape, herdsmen attack, boko haram, smuggling, ritual murder etc have dispatched many to their untimely graves.

What is perplexing about the situation is the fact that perpetrators of these heinous crimes are human beings living among the victims. They are not ghosts nor are they living in the air. Some commentators on security matters have attributed failure to curb crime to lack or failure of intelligence on the part of the operatives.

Some of the issues playing out against the police funded and managed by the federal government is the factor of poor funding, ill equipped police system, poorly trained cops, politicized police administration, abuse of the police by the powers that be, wide gap in the police/civilian ration (inadequate policing) etc.

To stem the challenge of poor coverage of the areas state policing is being widely advocated as an alternative solution to combating crime. Arguments have been bandied for or against it with many holding strongly that it is the sure way out. Those who trade this argument believe that state police is nearer to the people and supporting the present arrangement will be available at all the nooks and crannies of the communities.

There is no doubt that a state police will add some value. It is working elsewhere and if we do replicate what has made it work elsewhere it can also work here. But the issue remains that some extraneous circumstances beyond our control can negate its success. One of the factors strongly canvassed against the workability of state police is that it will be open to abuse by the operators of the system.

Given the disposition of politicians in the use of power it cannot be guaranteed that it will achieve the required results. There are arguments that it might escalate and worsen the situation. This fact is premised on the argument that if politicians are always deploying violence-thuggery to dislodge their opponents and in rigging elections allowing governors to control police it means giving them official license to seal their illicit activities.
The subsequent resistance that may result thereof can lead to anarchy just as we are experiencing the consequences of political clashes which have been taking precious lives and leaving economic ruin in its trail.

Besides, the ability of the state government to shoulder the cost of maintaining state police when they are already weighed down by myriads of issues whose bills they cannot pick leaves the matter dead on arrival. If the federal government with all its federal might is still groaning what magic can that state governments who go cap in hand monthly to receive revenue allocations can do?

It is very clear that many states owe their workers and not even some of the security outfits like the Vigilante groups have been managed well talk more of properly structured organized security outfits. Maintaining security is serious business that requires huge capital outlay to sustain provision of equipment, training of operatives, welfare packages, administrative duties etc. This is what the present federal government has found difficult to handle.

With the increasing population and emergence of sophisticated crime methods aided by technology, crime has been on the ascendancy. So much resource is expended in this area yet insecurity still prevails. It is certain that the strategies are not right and rushing to institute state policing without well thought action plans to mitigate the challenges would amount to selling the dog and buying a monkey
In recent time practices have revealed that private sector participation in governance can help to resolve some societal challenges. This is proven when we examine critically the role of the private sector in economic development.

In the same manner we have the private sector in communication; banking and manufacturing the government can license the private sector organizations to provide security services under stipulated guidelines which can be mutually beneficial to all the stakeholders.

News Echo wishes to remind that without a secured environment no government would be able to operate effectively delivering on its promises to the people. We frown seriously at the level of crime in the society which government has demonstrated clearly that it has no answer to. We would appreciate that the authorities review once again the security situation holistically with a view to providing a lasting solution.