Reminiscing Mbazulike Amaechi’s struggles towards preserving the dignity of Ndigbo 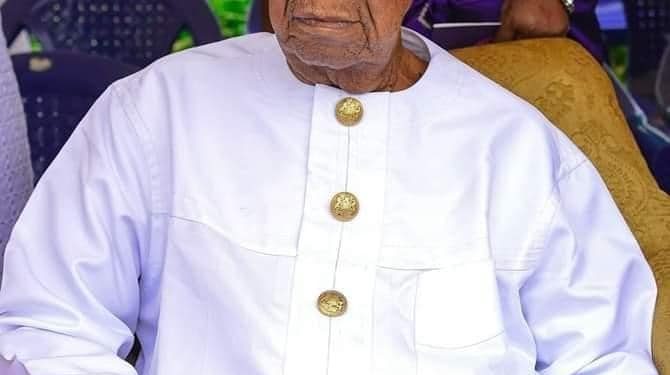 Chief Mbazulike Amaechi, was a nationalist and among those who fought for the independence of Nigeria from Great Britain.

Amaechi, from his youthful age joined a group led by Nnamdi Azikiwe, called the Zikist Movement, to push for the country’s independence.

He was said to have taken an oath alongside other nationalists never to marry until Nigeria got her independence.
He was a trade unionist and general secretary of the Armels Transport Union as well as assistant secretary of Benin and Warri Districts of the Zikist Movement.

The late elder statesman, on 18 November 1949, had organised a protest rally of all workers in Benin and its environs and demanded adequate punishment for the alleged murderers of 18 workers of the Nigerian Coal Corporation in Enugu State who were reportedly participating in strike action to press home their demands for seniority pay for the workers.

Mbazulike was elected member of the House of Representatives, in 1959, on the platform of the defunct National Council of Nigerian Citizens. He was later appointed Minister of Aviation and Transport in 1962.
He remained the minister until the country’s first military coup on 15 January 1966.

As a minister, Mbazulike Amaechi reportedly hid the former President of South Africa, Nelson Mandela, for six months in Nigeria to prevent his arrest by officials of the apartheid regime in that country.

As a true nationalist, Chief Mbazulike Amaechi was severally victimized, jailed, maimed, beaten but his dogged spirit was not dampened. He and others kept on the fight of ensuring that Nigeria gained her independence.
Shortly before his demise at the age of 93; just few weeks after his wife, Chinelo’s funeral, he led a delegation of prominent Igbo leaders to President Muhammadu Buhari to request the release of Nnamdi Kanu, detained leader of the Indigenous People Of Biafra (IPOB).

In May 2022, Amaechi, had pleaded with armed groups to withdraw the sit-at-home order declared on May 5 and 6 in the region over the planned two-day visit of President Muhammadu Buhari to Ebonyi State.
Pursuant to peaceful Igbo nation, he said in one of speeches “I read on social media that a militant group has issued a statement against the coming of the President to the Southeast. Please I want to appeal to whosoever, or group, behind the statement to please withdraw that threat.

“Despite my old age plus the aching pains all over my body, I am almost in a wheelchair, yet I am highly committed to restoring peace in Igboland. I will meet the President along with some Igbo leaders and elders about the security of our region, which is interwoven in the continued detention of Nnamdi Kanu.”
“On the 18th of November 2021, at the age of 93, I traveled to Abuja with some other Igbo leaders and a Bishop relation of Mazi Kanu to plead with the President to release Nnamdi Kanu to me and to commence dialogue to find a solution to the problem.

“The President carefully listened to me, put aside a reply which they had written for him, and spoke his mind to me. He assured me and I verily believed him that he would look into the matter, for my sake. The Presidency arranged for me to visit Nnamdi Kanu in detention and get some assurances from him. This I did in the company of Nnamdi’s relation, Bishop Onuoha and his lawyer.

Chief Mbazulike Amaechi, was born in Ukpor in the present day Nnewi South Local Government Area of Anambra State and holds the traditional titles of Dara Akunwafor.
We, at News Echo Newspaper, pray his soul, be granted peaceful rest by his maker.