Can Waltersmith Modular Refinery last the test of time? 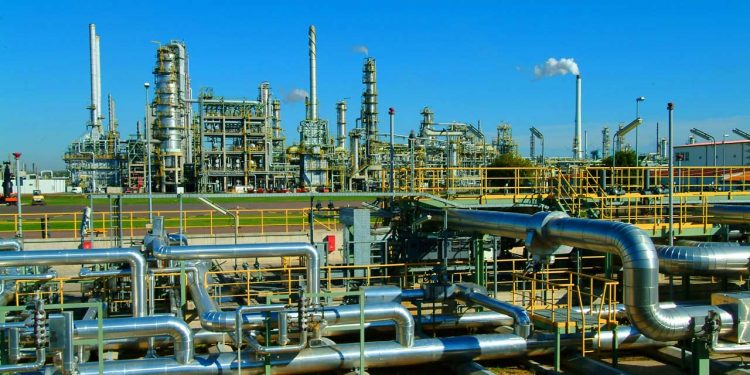 Tuesday, November 24, President Mohammed Buhari made history again when he commissioned the multi-billion naira Waltersmith Modular Refinery in Ibigwe, Ohaji Egbema local government area of Imo state. The refinery, the first in Nigeria, which was as a result of collaborative effort between the Nigerian Content Development and Monitoring Board (NCDMB), came on stream after many years of its genre failing to see the light of the day.

What made the ceremony more significant, apart from the huge benefits a modular refinery brings to the table, is the fact that this was not the first time Buhari came visiting Ohaji.

In 1984, then as military head of state, the president was in the same area to inaugurate a brand new 38,000-hectare Adapalm Oil Mill. Adapalm was conceived to have refining capacity of 60 Metric Tonnes Per Day (MTPD) of olein from refined, bleached and deodorized (RBD) oil with a packaging capacity of 4.500 litres per hour of olein in 1 litre bottles, 400 jerry cans per hour of 1 gallon and producing 2.000 kilogram per hour of laundry soap of 350 gram per piece.

This was no doubt an ambitious project that if well implemented would not only have been a source of major foreign exchange earner for the country, but would have taken thousands of restive youth of that community off the streets. Today the history of that project is better experienced than told.

A modular refinery as opposed to a large scale refinery is a processing plant that has been constructed entirely on skid mounted structures. Each of the structure contains a portion of the entire process plant, and through the piping the components link together to form an easily manageable process.

They are conceived as part of the need to transit Nigeria from being an import dependent nation to a net exporter of refined petroleum products. A key component of this initiative is government support for the establishment of third party financed Greenfield and modular refineries for in-country petroleum products sufficiency that will stimulate products export.

There are currently five refineries in Nigeria. Of these five, four are owned by the Nigerian government through the Nigerian National Petroleum Corporation (NNPC), while the fifth is owned and operated by Niger Delta Petroleum Resources (NDPR).

The history of these refineries need not be rehashed here, but suffice it to say that for more than two decades, the refineries have been performing minimally. Therefore the aim of establishing the modular refineries was to further close the supply-demand gap.

As at 2019, the government, through the Department of Petroleum Resources (DPR) has granted licenses for 38 modular refineries. As at today eight of them are in various stages of completion. So it was with great elation that Nigerians welcome the inauguration of the first fully-built modular refinery in Imo. For the people of Imo, it was a dream come true, one that however came with caution. This is because the history of Adapalm is still fresh in their memory.

The question then is, Will the Waltersmith refinery last the test of time, or will it go the way of such other projects. There are many factors that could determine the sustainability and longevity of a refinery like Waltersmith’s.

Second is regular supply of feedstock. Where a modular refinery is starved of regular feedstock of crude and condensate, the plant is bound not to perform optimally. In this instance, with the establishment of Waltersmith near the Ibigwe oil field, it is expected that NNPC will feed the plant regularly with stock from that field.

Thirdly is proper community engagement. If the operators of the new refinery are not able to come to terms with their host community, there is bound to be disagreement, which more often than not results to shut down in operations. History is replete with restiveness in oil producing communities. Sometimes, this restiveness occurs as a result of poor management of community engagements and poor corporate social responsibility by oil firms.

In other times, the inability of such communities to come to agreeable terms and incessant demands from them could also lead to a breakdown of trust. The management should also ensure that the environment is not mismanaged to the extent of depriving the people their major source of livelihood, which are farming and fishing.

The absence of these basic amenities call for questioning the corporate social responsibilities (CSR)of a firm that has been hosted by a community since 17 years. This company is known to operate a marginal oil field since 2003 when it was granted Oil Mining Lease (OML) 16 by the federal government.