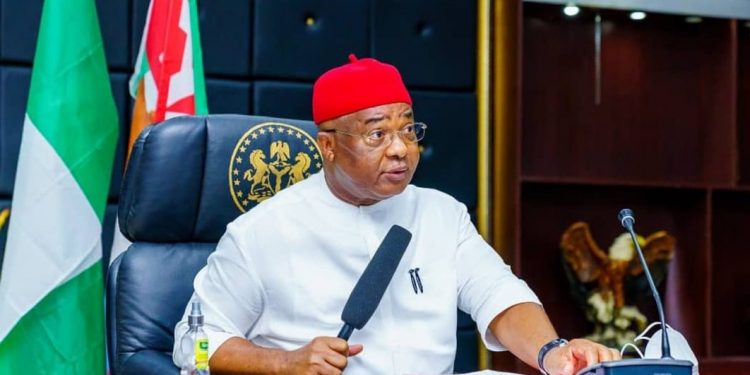 “It is really a great privilege and a very high honour to have the opportunity to deliver this thought-provoking lecture in an event put together by young Igbo intelligentsia and bureaucrats. I do not propose to speak for too long because I believe, as your lecture topic suggests, that the time has come, when action rather than words is required to get things right not just in Igboland, but in our beloved country, Nigeria. Nothing moves a nation forward more than intellectual stimulants such as this Ozuruigbo lecture series. It is only through such an intellectual enterprise that we can generate ideas to shape our future. As you well know, ideas rule the world. I believe that this was what one of our greatest literary icons, Chinua Achebe, had in mind when he said in his book, “Morning Yet On Creation Day” –

It is with this at the back of my mind that I feel excited to be at this event as the lecturer for the topic of the day. You will permit me to begin with a note of caution. What we need is a Nigerian president not an Igbo president. On this note, I dare say without any fear of contradiction, that we have never had and will never have, an Hausa or a Fulani President, a Yoruba President, an Igbo President or an Idoma President, etc. We have only had Nigerian Presidents – from Nnamdi Azikiwe to Shehu Shagari, to Olusegun Obasanjo, to Umaru Musa Yar’Adua, to Goodluck Jonathan, and now Muhammadu Buhari. Yes, all of them come from somewhere or belong to one linguistic group of the other. But they were not made presidents by their ethnic or linguistic groups alone. They were made presidents by Nigerians or at least a majority of Nigerians. Our constitution, the 1999 constitution as amended and others before it, make it clear that to be president of Nigeria, you must secure two-thirds of the support of all the states. Section 134 (2) of the 1999 constitution as amended states:

I believe that this initial clarification or cautionary note is necessary because it forms the premise upon which the body of my lecture topic is rested. This begins so, let me elaborate further on the foundations of the premise by jolting you with some stark historical realities, which I hope will help to align you to my line of thinking.

Also, the lesson that will emanate from this historical voyage, I believe, will boldly underscore the futility in the illusory pursuit of Igbo presidency.

In the 1959 general elections that ushered in Nigeria’s independence, the Northern Peoples’ Congress (NPC) won 148 seats, the National Council of Nigeria and Cameroon (NCNC), in alliance with the Northern Elements Progressive Union (NEPU), won 89 seats, the Action Group (AG), in alliance with United Middle Belt Congress (UMBC), won 75 seats. None won the required majority to form a government. The NPC and NCNC consequently went into an alliance and formed the Independence government of 1960. That was how Dr. Nnamdi Azikiwe of NCNC, became the first president of Nigeria (although ceremonial) and Tafawa Balewa of NPC, the first Prime Minister.

Family Circle: Where comes our help

Family Circle: Where comes our help