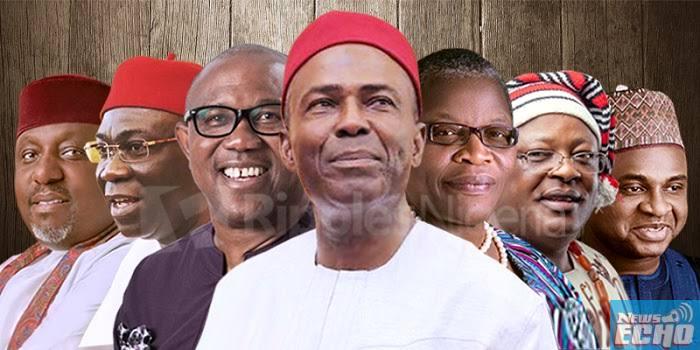 History taught us about the state of nature when man was a wanderer and a gatherer. When man lived in caves and slept on branches of trees.

With time, man evolved and began to live a settled lifestyle. He domesticated plants and animals for food and for company.

Man began to build houses for himself and other necessities of life. This was the beginning of what is to be known today as modern man.

All this was not achieved by luck. It involved hard work and agreement. It was on the basis of this agreement that government was formed. Man agreed to surrender some of his rights to an authority which in return guaranteed him his safety.

For ease of governance, customs, norms, morals and ultimately laws were made to regulate the activities of man. Hence, government was fully formed. Constitution was made. On the basis of this agreement, government conceded to ensure the safety of man.

The Nigerian society of today is not an exception. It was a product of the evolution that man went through before today’s modern society came to be.

A country like Nigeria with its colonial history has found it necessary to strike a balance in the distribution of its resources and developmental projects.

Her heterogeneous nature compelled her founding fathers to put into consideration an appropriate system of government that would ensure that no part was left behind.

Of a truth, Nigeria was not created on the agreement of her indigenous peoples. The British created Nigeria in this conglomerate largely for their economic interests. But, in the long run, it has been discovered that this diversity is a blessing.

Unfortunately, since independence, the benefits of this diversity, material resources and her population strength have not been explored nor exploited. Our human and materials resources are largely left to lie and remain fallow.

They have not been effectively utilised. These resources are gradually becoming burdens as they have become readily available tools that are used to threaten the corporate existence of the country. The reason for this underutilisation of human and materials resources, and its attendant underdevelopment of the country, is largely because we have not gotten our leadership choice right.

In the wisdom of our founding fathers, this country was divided into geopolitical zones.

The South-East region remains the only region that has not produced a substantial president since independence in 1960 except for the short-lived reign of Major General Johnson Aguiyi-Ironsi of blessed memory. The best they had had were a ceremonial president and a vice president.

One might be compelled to ask why the Ndigbo are not considered fit enough to produce the country’s president after the ugly civil war? Could it be because of their political leanings? The fear that they might cede or disintegrate the country? Is it because of their roles in the civil war? Or could it be that their business prowess is seen as a threat to other regions?

None of the above reasons nor any other that any person, persons or groups can put forward are enough to deny the Ndigbo a sense of belonging in their own country. They have paid their dues. They were also victims of the war.

They are the economic power of Nigeria. Their business acme is a major contributor to national revenue. They are the pride of the black race.

They fly the flags of the country and the continent high in the diaspora. No region in modern day Nigeria has contributed economically more than the Ndigbo to Nigeria’s gross domestic and national products.

An Igbo president come 2023 is not out of pity. It is not a consensus. It is not an option nor a political opinion.

It is an overdue necessity to heal our country of the unjust treatment of a particular region that is not only qualified to lead this country but also has some of the best administrators, technocrats and economic gurus of international class.

It will also pacify our illustrious brothers and sisters of the eastern origin and the Biafran heroes and heroines who lost their lives in the unfortunate civil war.

It will be a spirit lifter for the victims of the war on the Nigerian government side. It will ensure that our First Republican heroes who paid the supreme price rest in peace. It is a national duty. A duty that all must collectively partake in to write their names in gold.

On the other hand, the Igbos must put their house in order. They need unity of purpose to get their rightful due. This is not the time to divide their ranks. They should conduct primary, local elections and come out with the best candidate.