Place of tortoise in Igbo mythology 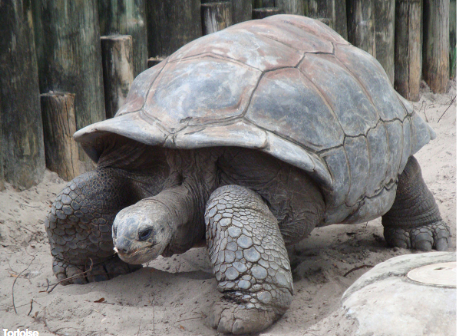 It is evident that many of our elders in Igbo nation and a little bit of the younger generation are familiar with the use of Tortoise in almost every Igbo folklore. It is assumed, that our people have knowledge of Tortoise which is a member of the reptile group. There is no Igbo take that would not be associated with a Tortoise. In most of those tales, the Tortoise is usually the villain.

In other cultures such as Ghana folks, spider, hare and other creatures are used in place of the Tortoise. Each local tale would so paint the behaviour of a Tortoise in such a way that one would begin to think as if the Tortoise is a human being. In many instances, the involvement of the Tortoise in every tale is either magnified or exaggerated to the point that nobody but nobody can believe that it is not a human being that is being portrayed in such a light.

I remember very vividly that when I was growing up as a child, in our local environment, and that was before the emergence of television, in our local setting, every night, particularly during the moonlight we will gather at the nearest gathering square where all children within the neighborhood would gather to tell various tales mostly involving the Tortoise. More often than not, the Tortoise will sometimes come out as a hero but more often as a villain.

It will not be possible in a space such as this to narrate some of the most popular tales in which the Tortoise played important roles. However one would suffice here.
Once upon a time, the wife of the Tortoise popularly called Alia developed an attitude of not feeding her husband as she used to due to famine. Of course, it did not take the Tortoise time to devise a strategy of fully feeding himself.

He advised his wife Alia to be leaving some food which they would eat once they had returned from farm work. Without suspecting anything, Alia took the advice of her husband and began to leave the leftover food in the kitchen and then they will leave for the farm. While in the farm, the Tortoise would answer a call from nowhere pretending that his name was being called. Then he would obtain permission from the wife to rush to find out the reason for the call saying it could be a call from the elders of the land for something important.

Alia would have no reason not to allow her husband to go and find out the reason for the call. Once excused, he would quickly dash to the house to consume the leftover food; leaving the contents in such a way that it would appear that some people had come to consume the food.

Without wasting time, he would consume the food as fast as he could. After that he would rush to the farm to feed his wife with fabricated stories. In the afternoon when they must have returned from the farm, his wife would go to the kitchen because it is her department. On reaching there, she would find out that food that was left had been consumed by intruders. She would begin to lament and curse the intruders.

On the other hand, the Tortoise her husband will be more forceful and devastating in cursing including invoking all manner of spirits. In fact, the reaction from the Tortoise himself would be to the extent that his wife Alia would begin to appease him not to hurt himself coz of the lost food. In some cases, he would shed tears to attract appeasement from his wife.

He would always show no sign of being the culprit. This continued overtime until Alia herself devised a means to catch the intruders. One day a thought came to her mind. She set a trap for the intruders using a local gym. In fact, she did not know that it was her husband who had been eating the leftover food.
She, too, being the wife of a cunning Tortoise knew also how to perform some cunning behaviours. Before they left and before applying the gum, she left with her husband but once they were out of the premises, she told her husband she needed to go back to the house to put things in order. She went back and used the gum to punctuate all the tracks leading to her kitchen.

Interestingly, that morning she had prepared the most delicious jellof rice with lumps and lumps of meat. Then in confidence she left and was convinced the intruders would be caught. She and her husband left for the farm. While in the farm, the Tortoise wanted to go and repeat the feat. He obtained permission from his wife to attend a brief meeting with the elders. As he got to the house to perform his pilfering spree, once he crossed the door, he was trapped by the first portion of the trap set for him.

In an attempt to extricate himself with one of his foot, the foot equally got trapped. He tried but could not succeed in releasing himself. Then he knew he was in trouble. First, the wife would know that it has been her husband who has been causing her the entire kitchen headache.
Secondly, the shame he was going to feel when his wife finally finds out he’s been the one eating the food. Then he rolled himself out of the room and fell into a small water pit dug near the compound. Then he knew that the game was up. After waiting for him for a long time, a thought came to his wife that something was wrong.

Confused, she began to walk home. On reaching the house, she heard the husband groaning in pain in the water pit. On seeing his wife, he began to cry in shame and indeed in shame. Then his wife exclaimed, “so you have been the one doing this to me! Then he replied saying, “That’s because you have not been feeding well like you used to. Indeed I am ashamed.”

Yes, this and many other tales were episodes in which the Tortoise showed his expertise of cheating, lying, maligning and many other funny things. The fact remains and remains strongly that these are the behaviours of human beings and not that of Tortoise in Igbo land, fox in Ghana and spider in east Africa, etc. A Tortoise is a reptile and not a human being.
Nb: this page is for the promotion of Igbo tradition and culture. Therefore, my readers are free to call me on 08033919188 to ask questions on any aspect they want to know more about.