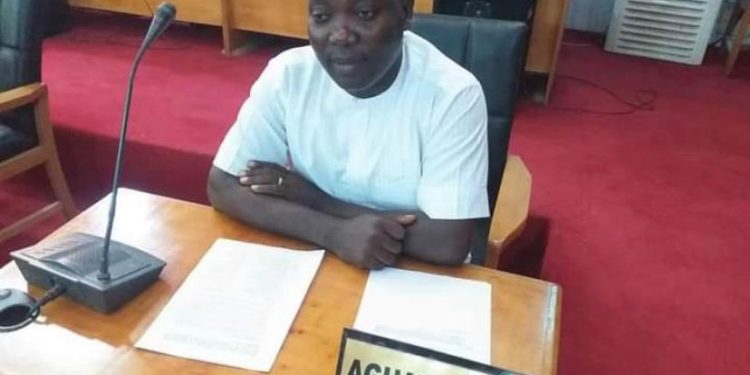 The Lawmaker, Hon. Okoye, kidnapped and killed in Anambra State

The head of the member representing Governor Chukwuma Soludo’s constituency, Hon Okechukwu Okoye, who was kidnapped last week was found on Saturday at Nnobi in Idemili South local government area of Anambra State.

His body was not there and indications were that the killers removed the body. Okoye and one other person were kidnapped at Aguata and his Toyota Sienna car he was driving in abandoned. Police later recovered the car and said that they had deployed operatives to rescue the lawmaker and begun manhunt to track the kidnappers.

While presenting the state’s revised budget to the state lawmakers on Friday, Governor Soludo informed them that their colleague who was representing him in the House of Assembly was still in the kidnapper’s den.” I regret that one of you, the member representing the good people of Aguata II Constituency in the House of Assembly (my own representative) – Hon. Okechukwu Okoye, is still in the custody of the kidnappers.

“The security agencies are working very hard and round the clock to secure his freedom. God is on the throne and Anambra will win. Let me leave it at that”, the governor said at the House of Assembly. But the state Police Public Relations Officer, PPRO, DSP Tochukwu Ikenga told Journalists last night that Okoye had been killed.

“His head was found along Nnobi road today (Saturday). There is no suspect in custody yet” the PPRO said. Meanwhile, the state governor, Chukwuma Charles Soludo, while condenming the gruesome murder, has pledged a sum of ten million (#10 million), reward for any valuable information to track the killers.

The announcement was contained in a statement signed and made available to Newsmen on Saturday night, by his Press Secretary, Mr. Christian Aburime.

The statement read, Prof. Chukwuma Charles Soludo, Anambra state governor, has received with shock and deep sadness the news of the gruesome murder of Hon. Okechukwu Okoye, member representing Aguata II Constituency at the State House of Assembly and his aide, Cyril Chiegboka. Both Hon Okoye and Cyril Chiegboka were kidnapped on the road by the heartless and barbaric murderers on 15th May.

Gov Soludo condoles with his kinsmen of Isuofia, noting that it is probably the same criminal gang that attacked him and killed three policemen at Isuofia two years ago that are once again on the prowl. But they can never cow down Isuofia and Anambra state. Governor Soludo, still in shock over the barbaric acts against his two kinsmen, vowed that the perpetrators as well as all criminals operating in Anambra must be decisively brought to book. Governor Soludo has consequently placed a N10 million reward for anyone or group that will avail valuable information that will lead to the immediate arrest of the perpetrators of this dastardly act. Anambra will soon be a hell for these criminals, Gov Soludo assured.

Also the Anambra State House of Assembly has expressed deep shock over the news of the gruesome murder of one of the members of the House, Honourable Okechukwu Okoye by unknown gunmen.

In a press statement by the Speaker of the State House of Assembly, Rt.Hon.Uche Okafor, which was made available to Newsmen on Saturday night, by House Public Relations Officer, Emma Madu, the State Legislature described the death of Hon.Okoye as unfortunate and heart breaking.

Rt.Hon.Okafor who described the late Hon.Okoye as one of the outspoken and articulated lawmakers, noted that the Legislative Institution in the state has lost a quality member in the person of Hon.Okoye.

The Speaker recollected the late Hon.Okoye’s sense of humour, hospitality and commitment to duty among other positive attributes, adding that his demise will really be felt in the House of Assembly.

He urged Governor Chukwuma Soludo not to relent in his efforts towards achieving maximum security of lives and property of Ndi Anambra and called on well-meaning citizens to join hands with the governor in that direction.

The speaker, while Commiserating with the late Hon.Okoye’s immediate family,his kinsman, Governor Soludo and the entire Isuofia community on behalf of the members of the State House of Assembly and the entire Legislature, enjoined them to take solace in the fact that the short but eventful life of the late Hon.Okoye was full of quality service to God and humanity.

He prayed God to grant him erternal rest.