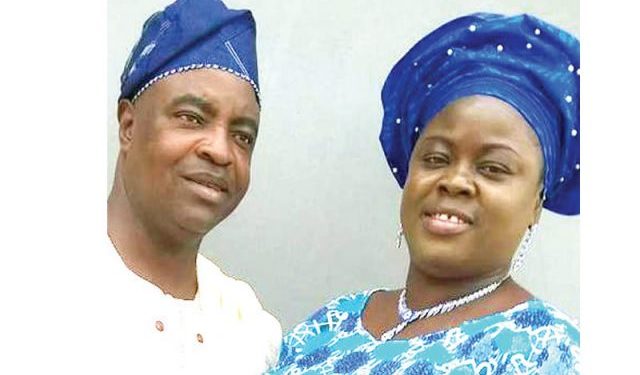 Three days after a former employee of the Central Bank of Nigeria, Kehinde Fatinoye, and his wife, Bukola, who was an employee of the Federal University of Agriculture, Abeokuta, were assassinated in Ogun State, the corpse of the couple’s son, Oreoluwa Fatinoye, has been recovered from Ogun river.

It was gathered that Oreoluwa was taken away from home after his parents were killed and burnt and was reportedly thrown into a river along the Adigbe-Obada road in Abeokuta, the state capital.

Divers were hired by the state Police Command to search for the body of Oreoluwa.

His decomposing body was discovered on Tuesday floating on the river by fishermen.

It was observed that both hands of Oreoluwa were tied with rope to the back.

Speaking on the discovery, the fisherman, Idowu Taiwo, said he discovered the body floating on the river while he was preparing for the day’s work.

He said, “On Monday, we heard that someone was thrown into this river, but this morning while we were preparing for work, the police approached us and pleaded with us to inform them any time we discover the body.

“Not long after, the police came and we showed them the body after we had brought it to the river bank.”

The police later took the corpse away.

Our correspondent gathered that the assailants after killing the couple, set their corpse and the house, located within the Ibara Government Reservation Area, Abeokuta, ablaze.

It was learnt that the killers had trailed the couple to their residence from their church, where they had attended the crossover service to usher in the new year.

The couple, who were burnt beyond recognition, were on Monday buried amidst tears by sympathisers, family and friends.

Meanwhile, the Police Public Relations Officer of the command, SP Abimbola Oyeyemi, said the police had commenced investigation to unravel the mystery behind the death of the Fatinoyes.

Oyeyemi said a suspect had been arrested in connection to the incident.