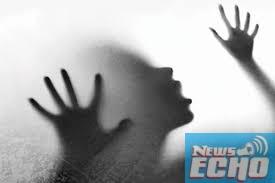 The Medical Director of Excel Victory Hospital and Maternity home, Umuaji Asaba, Delta State, Dr. Christian Osakwe is currently cooling off in police custody at the State Criminal Investigation Department (SCID), Asaba (Gender Base Violence Department) for defiling a minor and offering N1 million bribe to cover up the case.

Osakwe allegedly defiled a 15 year-old maid living with him and police authorities say he will soon be charged to court for prosecution.
The Delta State Police Command spokesman, DSP Bright Edafe who confirmed the arrest of the medical doctor on Wednesday said investigations were almost concluded and Police are ready for the prosecution of the case.

Sources informed our correspondent that Dr. Osakwe, in the guise to ascertain the victim’s virginity status, ended up in penetration and in the process defiled the unsuspecting 15 year old maid.

It was further learnt that when he was eventually caught pants down, he was dragged to the State Human Rights Complaints Committee a fortnight ago where he was quizzed for days before being handed over to the Police to further investigations.

Sources hinted that he had initially denied all the allegations at the Human Rights Office but owned up when presented with medical evidence.
“Following the overwhelming evidence, he owned up and offered to pay One Million Naira to kill the matter”, sources revealed.

It was gathered that the victim, the suspect and the One Million Naira bribe were handed over to the Police for further investigation.
A civil rights activist and member of the Delta State Human Rights Complaint Committee Harrison Gwamnishu, was contacted, who took up the case of child sexual abuse.

The committee immediately swung into action, and investigated the complaint whereby the suspect openly denied the allegations, but later confessed that he indeed perpetrated the maid.

The doctor’s confession, our correspondent learnt, was said to have been recorded with a private spy camera.
Moreover, Osakwe was alleged to have offered the N1 million bribe to the Committee through Harrison who outrightly rejected the offer and handed the suspect and money as an exhibit to the Police for prosecution.