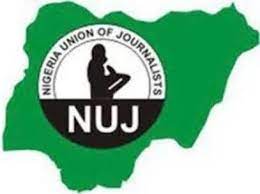 The Nigeria Union of Journalists, Imo State council has condemned an attack on Comrade Chidiebube Ekeoma, the Imo State punch Newspaper correspondent by security personnel attached to the Imo State government house, Owerri.
In a release signed by the caretaker committee chairman and secretary, Comrade Precious Nwadike and Austin Okoro respectively, the Council has been briefed that Chidiebube was covering a protest by Imo street sweepers who were mainly widows but engaged by the state government to carry out the assignment of cleaning the major streets of Owerri. The widows had stormed the government house to demand their 6 months salary amounting to #90,000 each (N15,000 monthly).

Okeoma’s only offence was that he was seen at the scene of the protest with his cell phone, exercise book and a pen to cover the protest when some overzealous security personnel descended heavily on him, confiscated his phone, brutally manhandled and detained him in Government House. It took the intervention of his colleagues and senior police officers to have him released.

We had before now, raised the alarm over the resort to violent and hostile self-help measures by agents of Imo state government when dealing with journalists in the state. It appears such a draconian approach to civil matters is taking a more dangerous dimension.
We, therefore, call on the government of Imo state to release every gadget belonging to the journalist and ensure that those involved in this dastardly act are brought to book to serve as a deterrent to others. We also demand that his medical bills be fully paid. As a union, we shall not hesitate to take every legally permissible measure to enforce his rights to practice journalism in Imo without fear.

“Journalists are not threats to our democracy. We promote democratic values and should always be seen as partners in progress rather than enemies. From experience, only those who detest due process and have so much to hide will resort to violence upon sighting journalists who are constitutionally empowered to inform the public”.

Armed herdsmen as harbingers of anarchy

Launching of the News Echo and News Insider Magazine

Launching of the News Echo and News Insider Magazine

Yuletide: FRSC to deploy 600 men to decongest traffic in Anambra