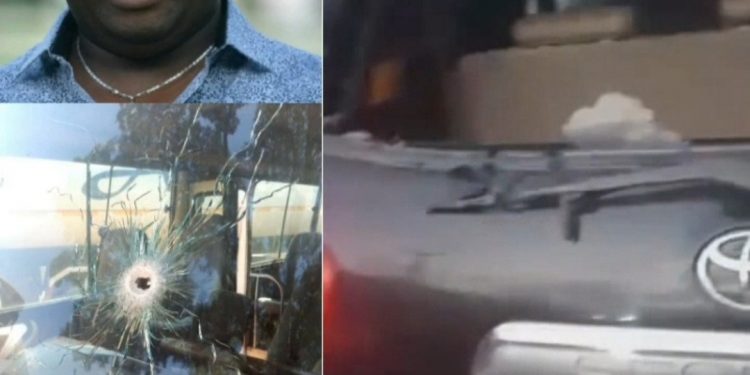 The Movement for the Actualization of the Sovereign State of Biafra (MASSOB) has said the Sunday attack on the Senator representing Anambra South Senatorial District, Senator Ifeanyi Ubah, at Enugwu Ukwu, in Njikoka local government area of Anambra State, was targeted. Describing the attack as politically sponsored, the pro-Biafra group alleged that some loud politicians had been marked for attacks in similar circumstances by those it called anti-democratic forces in the country.

As a consequence, the group in a statement on Tuesday by its leader, Uchenna Madu, had asked the presidential candidate of the Labour Party (LP), Peter Obi, Rivers State Governor, Nyesom Wike, Benue State Governor, Samuel Ortom and the bishop of Sokoto, Hassan Kukah to redouble security around them to avert the Ubah fate.

The group statement read in part, “The leadership of the Movement for the Actualization of the Sovereign State of Biafra (MASSOB) has condemned the insensitive, barbaric and unwarranted attack and killings of members of Senator Ifeanyi Uba’s motor convoy at Enugwu Ukwu.

“MASSOB described these criminal acts of genocide as a sponsored political killing by highly placed political foes. The political cabals sifting the economy and wealth of Nigeria are not comfortable that a positive change that will abolish their illicit and corrupt means of embezzling the wealth of Nigeria is about taken over, hence they are sponsoring political assassination of eloquent and outspoken political leaders who are not in their evil and corrupt wagon.” The Enugwu Ukwu assassination attack is not only about Senator Ifeanyi Uba, it has been hatched against people- oriented political leaders across the country.

“MASSOB advised Mr Peter Obi, Governor Nyeson Nwike, Governor Samuel Ortom, Aisha Yusuf, Catholic Bishop Kukah, etc to redouble and restrategize their security routine apparatus. The group added, “MASSOB has earlier warned about the incoming political assassination attempts before the 2023 general election but we were ignored. “MASSOB also wish to exonerate pro Biafra agitators from this unwarranted assassination attack, it is being sponsored by powerful political cabals that have ruined the economy of the country.”