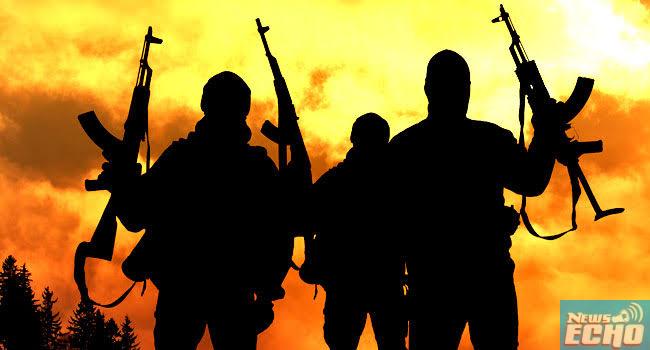 Some unidentified gunmen have reportedly killed Hon Celestine Egbuaba the Youth Leader of All Progressives Congress APC in Obegu Ward, Ishielu Local Government Area of Ebonyi State. According to a source from the area who spoke on condition of anonymity said that the gunmen who were numbering over 10 had blocked the road, took hold of the youth leader and murdered him. The gunmen according to the source also attacked other passerby who were returning from their farms and other businesses and unfortunately ran into the attackers.

The source, an aged woman who was returning from the farm but was quick to hide in a nearby bush said that despite several appeals from the youth leader, the Gunmen shot at him by the side of the belly when he made attempt to escape. She noted that shortly after the youth leader was shot dead, the Gunmen took the other victims and escaped inside the bush. “It was so pathetic, as I was returning from the farm. I heard voices and I had to hide in a nearby bush and watched closely what was happening”.

“The attackers got hold of the Youth Leader and others and we’re interrogating him about the recent empowerment money he received from the State government. The youth leader pleaded with them to spear his life but all his pleas fell on deaf ears as one of them instructed the others to waste the youth leader. “They shot at him when he made attempt to escape. They left him in the poll of his blood and escaped into the nearby bush”. The source also revealed that some members of the community who ran into them while the attack was going on were also attacked and many of them sustained various degrees of injuries while others escaped.

Meanwhile, the Chairman of Ishielu Local Government Area, Hon Obinna Onwe who confirmed the incident however debunked the report in some media publication that the attack was carried out by Fulani herdsmen saying that the killing may not be unconnected to politics. He stated that the Gunmen also after the killing of the youth leader called the Obegu Ward Party Chairman in the local government, Hon Ede Christian Micheal threatening to also deal with him. “Let me make it clear that the killing was not done by Fulani herdsmen.

It has no connection with herdsmen as was reported in some media outfit. From the preliminary investigation and the statement of those who escaped, it won’t be wrong to say that it is politically motivated”. The Council Chairman further revealed that on the same day, some persons suspected to be unknown Gunmen in a Sienna Bus and other vehicles plying along the road manhandled passerby and other members of the Ebubeagu security Network. He said that among those abducted by the gunmen includes another Ward Executive of the party adding that soon the security personnel will arrest the perpetrators of the act and unravel the cause of the attack. He expressed regret over the unfortunate incident adding that security operatives, members of the Ebubeagu Security Network and youths of the village have been mobilized to comb the bushes in search of those abducted.