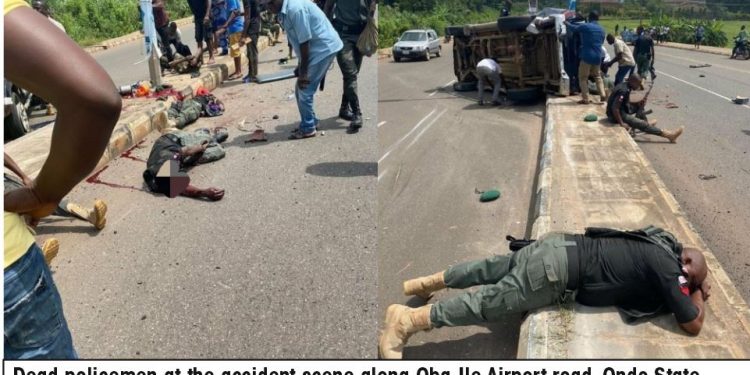 An accident on Tuesday has claimed the lives of some policemen in Ondo State.

About four policemen were said to have died in the accident which occurred along Oba-Ile – Airport road in Akure North Local Government Area of the State.

Three others were said to have been critically injured.

It could not be confirmed if the affected policemen were returning to base after performing electoral duties.
Witnesses said their Hilux van somersaulted severally before hitting a pavement.

According to eyewitness accounts, the accident was caused by over-speeding which led to loss of control.
Ondo Police spokesman, ASP Tee-Leo Ikoro, confirmed the accident but said he was yet to be fully briefed.

Spokesperson for the Ondo Sector Command of the Federal Road Safety Corps, Omotola Ogungbawo, could not be reached for comments.