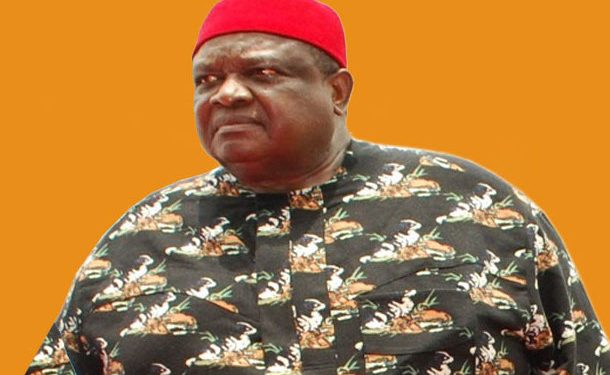 The chairman of Ohanaeze Ndigbo Elders Council, Chief (Dr) Eng. Emmanuel Iwuanyanwu has called for an urgent constitution of a stakeholders meeting with a view to saving the Igbo nation from violent attacks.
He made the call in a press statement he personally signed while reacting to the massacre of Ebonyi citizens during which over 20 lives were lost, while many are now rendered homeless.

Ahaejiagamba, as he is popularly called, while decrying the situation made it clear that any attack on any part of Igbo soil is attack against all Igbo, adding that the Igbo nation will never fold its hands and watch others invade them.
According to him, “I am constrained to sound this warning as the Chairman of Ohanaeze Ndigbo Council of Elders that we will no longer accept a situation where our people are invaded by terrorists. We will take every step to defend the lives and property of our people.’’

Consequently, the renowned Igbo leader, called on the President of Ohanaeze Ndigbo and chairman of South East governors, to constitute a stakeholders meeting to seek ways of saving Ndigbo from where ever they may live.
In his words, “this meeting will deliberate on ways and means to protect Igbo people wherever they live. The meeting will also establish an emergency relief fund from where help can be given to people exposed to attacks of terrorism anywhere in Igbo land.

“We wish to say with pride that all through the history of Nigeria, Igbo are known to live in many places outside Igbo land and they have never launched any attack against the lives and property of the people of that area.’’

I have no aspirant for PDP primaries - Obi declares