Corpse of youth discovered beside dustbin in Umuahia 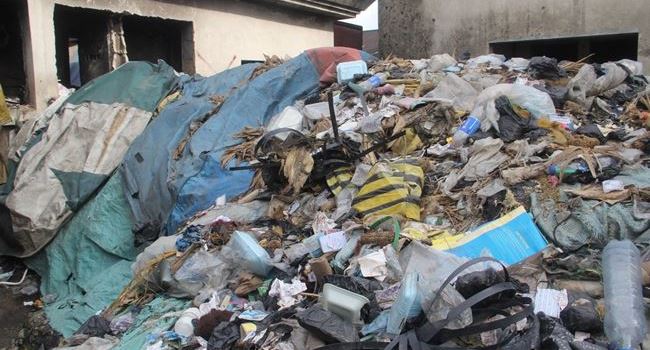 Residents of World Bank Housing Estate, Umuahia, Abia State woke up over the weekend to behold a corpse of a young man inside a gutter besides a big waste basket with head pierced with suspected bullet wounds.

The corpse of the young man in his twenties, dark in complexion was discovered in the early hours of that fateful day when residents who had gone to dispose of the their waste materials as well as worshippers going to early morning mass at nearby Christ the King Catholic Church, world Bank.

It was not established if the victim was killed by armed robbers, cultists or kidnappers but terrified residents and passers-by expressed shock at how a young man would be killed in such manner.

It was also not established if the victim was killed in the morning or at night or if he was killed on the spot where his corpse was found.
A team of Policemen were later seen at about 9 am around the scene of the incident on investigation mission.
Police Public Relations Officer, Mr Geoffrey Ogbonna could not be reached for confirmation as at the time of going to press.

Yusuf Buhari’s fiancee not above the law, Hisbah reacts to bridal shower gown