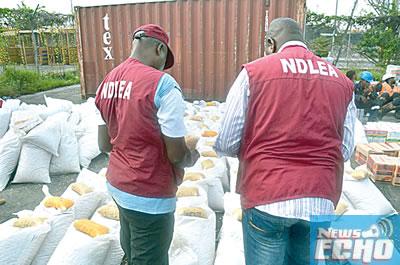 The Anambra State Police Command has urged stakeholders to sustain advocacy against drug abuse and other vices among the youths.
Speaking to journalists at Amawbia, the state Police Public Relations Officer DSP Tochukwu Ikenga enjoined parents to ensure strict monitoring of activities of their children and the friends they keep.

Since the first quarter of this year, there has been a dangerous surge in the use of illicit drugs among youths in the Southeast, including Anambra state, especially methamphetamine otherwise known as Mkpurummiri.
Methamphetamine is an illicit drug that is very addictive and adversely affects the nervous system and mental health of consumers, sometimes with fatal consequences.

DSP Ikenga noted that illicit drugs including methamphetamine act like oxygen that drives most criminal activities and bad behaviour often exhibited by individuals and regretted that more youths are getting involved in illicit drugs consumption.

He disclosed that the Police Command has since joined Police Campaign Against Cultism and Other Vices which he explained is a deliberate programme initiated by the Police High Command targeted to sensitize the youths on dangers of drug abuse and other vices.

DSP Ikenga also disclosed that the Command is planning a town hall meeting in partnership with the National Drug Law Enforcement Agency (NDLEA) and other stakeholders to increase awareness on illicit drugs including methamphetamine.

While commending stakeholders in various communities in the state for their concern to discourage the use of illicit drugs, he urged them to always exercise restraint and avoid taking laws into their hands and hand over any suspect to the nearest police station to enable the police conduct appropriate investigation and bring them to Justice in accordance with extant laws.