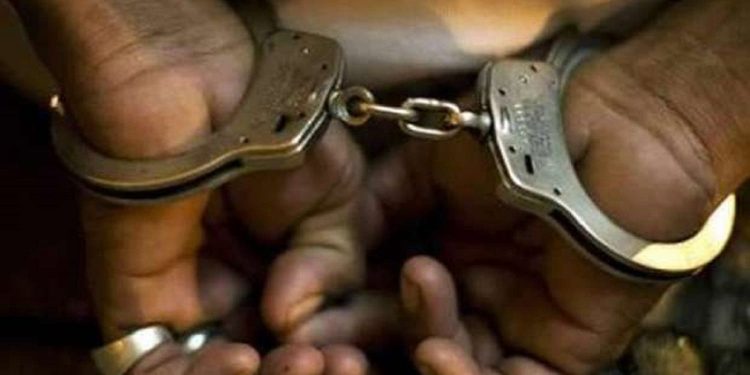 The suspects, included Chukwuemeka Obijiofor, aged twenty-eight years old, from Ozubulu in Ekwusigo Local Government Area, allegedly killed his wife and only child with a shovel because he returned home to meet his wife with two men.
This angered him which led to smoking Indian hemp after which he committed the dastardly act.

Another suspect, Mrs Uju Uba, aged forty-two, was arrested for child trafficking while using a registered home in Oba Idemili South Local Government Area as a cover.
Also, Mr Linus Ajaba from Abagana in Njikoka Local Government Area, aged sixty-eight was alleged to have defiled a nine year old girl from Ihiala and an underaged boy.

However, Items recovered from the suspects included one berretta pistol, one locally made pistol and one shovel.
Parading the suspects, the Anambra State Commissioner of Police, Mr. John Abang represented by the State Police Public Relations Officer, Mr Haruna Mohammed, reassured Anambra citizens that the Command will ensure that Anambra remains the safest State in Nigeria despite the activities of criminals.