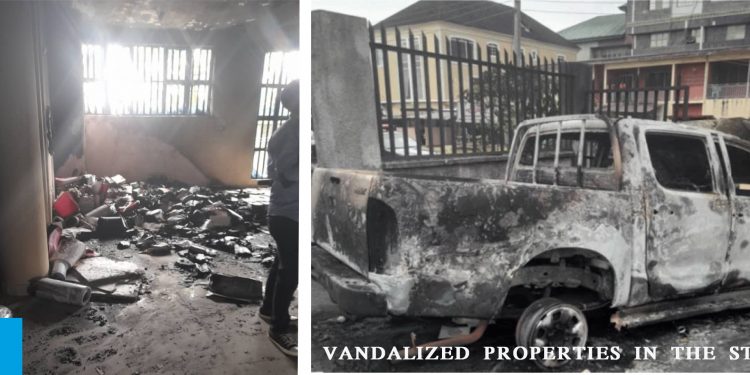 Akwa Ibom State Government has embarked on an on-the-spot assessment of properties vandalized in Uyo, the state capital as an aftermath of the #EndSARS protest.
The Commissioner for Information and Strategy, Comrade Ini Ememobong who led the government delegation on the inspection said, the exercise would give the team a first hand Information on the situation to report same to the State Governor who is the Chief Security Officer of Akwa Ibom State.
Comrade Ini Ememobong who said, everything was under control, frowned on the destruction of personal and government properties, stating that the destruction does not portend peaceful demonstration but an act of criminality against democracy and humanity and will be treated as such.
Comrade Ememobong said following reports by security agencies, government had extended curfew from 12noon Friday to 7am Saturday, and urged mothers, caregivers and parents to ensure their children and wards remain indoors as security operatives had been mandated to effectively enforce the curfew.
Some properties left behind by the vandals like steel cabinets, cookers, plasma television monitors, among others were found and picked along the roads.
So far, the State Spokesman has visited the headquarters of Akwa Ibom Broadcasting Corporation, AKBC along Udo Udoma, where he was received by the Director-General, Pastor Anietie Ukpe, and Management staff of the establishment, AKISIEC office, Udo Udoma, LG showroom, Ikot Ekpene Road, Cold Stone eatery, De Choice mall, Access Bank, Aka Road, Ibom Plaza and Anchor Insurance building, Wellington Bassey Way, where he was received by the Board Chairman, Primary Healthcare Agency, Dr. Martins Akpan and the SSA to the Governor on Multinational & Donor Agencies, Mr. Nana Udom.
He sympathised with owners of properties vandalized by the protesters and said, the State Governor, Mr. Udom Emmanuel deeply sympathize with them over their loss, reiterating that government will stop at nothing to ensure that culprits are brought to book to face the full wrath of the law. 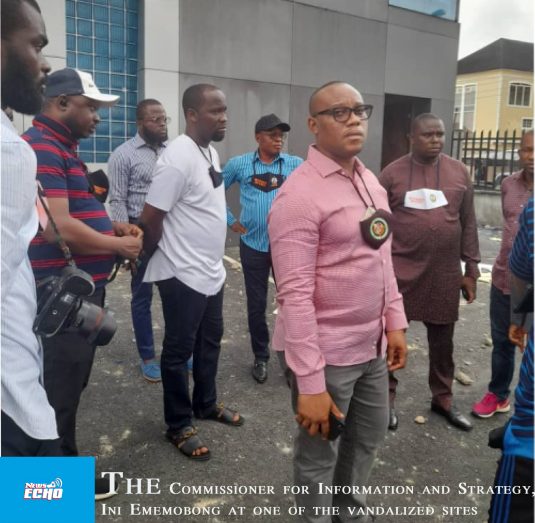 We have killed 16 terrorists in firefights – Army

Managing conflicts in a relationship