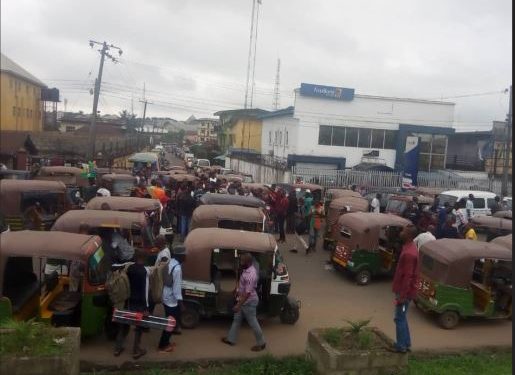 The protest which commenced at 7am from the busy Isi gate, lasted for three hours. It later spread to other major parts of the town, cutting off early morning travellers from assessing their routes. Speaking to journalists on behalf of his colleagues, Mr Jonny Ukanwa insisted that they will not comply with the new payment system, while demanding the retaining of paper form of ticketing . The protest also affected Bende, Uzuakoli , Umudike, Ubakala roads, forcing the management of First Bank PLC to temporarily close shop.This is even as any rider who refused to join the protest received the beating of his life.

Anti-riot Policemen were later drafted to major junctions of the city to forestall break down of law. An attempt by the protesters to take the protest to the government house/bank road area, was foiled by stern-looking policemen positioned along the axis. However, a senior official of Abia State Ministry of Transport who spoke under anonymity, worried that Keke riders posed a big challenge to the transport ministry, even as he claimed that modalities for ticketing may have contributed to the sacking of the former commissioner for transport, Barr Ekele Nwaohanmuo. 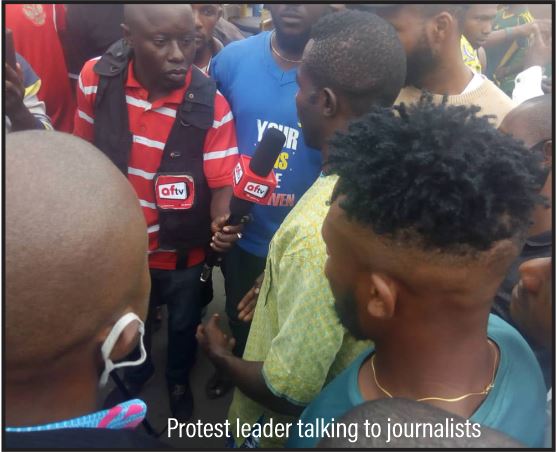