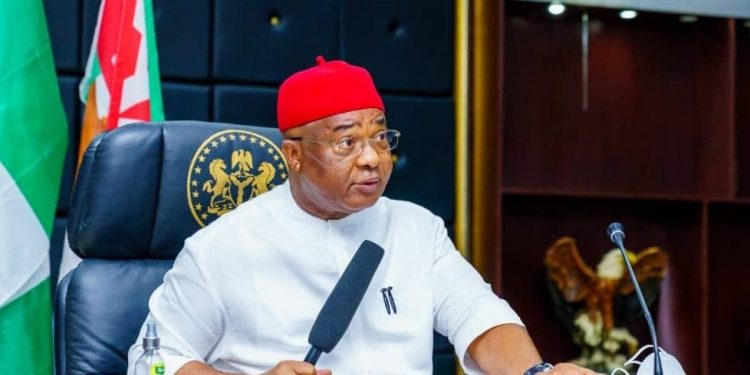 Governor Hope Uzodimma of Imo state has vowed to recover all government owned plots of land sold to individuals by the previous administrations.

The governor, said government has information on a number of plots of land belonging to the state government sold to individuals by the previous administrations as well as structures built on rail lines.

He vowed that all plots of land belonging to the state would be recovered at the appropriate time, even if it meant demolishing structures already built on them in order to restore the state’s master plan.

Also, the governor frowned at businessmen and companies who got land allocations at the Owerri Industrial Layout but were yet to set up their businesses on them and vowed to revoke their allocations and hand them over to serious businessmen to boost the industrial policy of the state.

On road construction, the governor assured Imolites that before the end of the year, the Owerri-Mbaise-Umuahia road; Orlu-Mgbee-Akokwa road; and Oguta-Okporo Orlu road would be completed to add to the ones commissioned by President Muhammadu Buhari recently.

On insecurity, Uzodimma pleaded with those causing violence in the state to lay down their arms and work towards the development of the state. He blamed the opposition again for the violence.

Imo state has witnessed an increase in violent attacks by unknown gunmen. Former governor Ikedi Ohakim escaped an attempt on his life last Monday. On December 22 the General Manager of OCDA also survived an assassination attempt on his life. Both attacks claimed lives of police officers.

The hidden effects of domestic violence

Odesa awaits assault: Residents take measures into their own hands