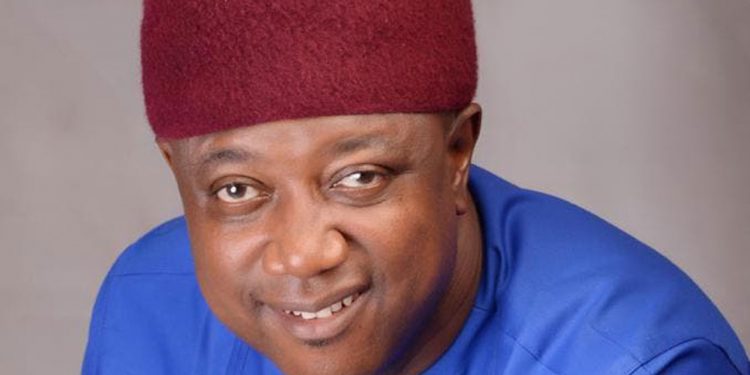 It is disturbing to remark that one of the reasons that crime festers in our society with reckless abandon is because the political elites who should set good example have been in the forefront of wrong doings. Their conducts stinks to high heaven with corrupt practices where as they delude themselves that no one reckons with their ugly past. So many politicians who have destroyed this country are allowed to walk free and noisily too.

Okorocha is a good example.
Frank Ibezim of the All Progressives Congress (APC) was locked in an electoral battle with Araraume riding on the support Gov Hope Uzodimma. The Court did not waste time to kick him out of touch and into silence because of the charge of perjury which is a criminal offence in our statute book.
Ibezim had aspired to come and lead Okigwe people in our Senate with a forged result. You can imagine the audacity of ‘wrong’ people seeking to come and lead right people.

What should we expect from such person with a questionable character? Like can only bring forth it’s like and Okigwe people would have been the worst for it. Numerous questions abound from this issue

When the governor pulled out his war chest to back Ibezim even when the process that threw him up was flawed, so he didn’t know that the man is a no go area? Could it be he knows and felt the man would also ‘Ben Johnson’ the show like he did the governorship? If he didn’t know of the forged certificate, that is a betrayal strong enough to terminate his relationship for putting him into shame.

Sorry, I forgot politicians especially the Nigerian breed has no shame
It is not the first time Nigerian politicians have been caught in this mess. Recall the case of Salisu Buhari, former Reps Speaker. Even Asiwaju Tinubu and our dear governor Hope Uzodimma, all of APC, were once fingered in certificate sandal but is like they Ben Johnsoned the matter too.

The big question is the court having discovered a criminal who forged a school certificate why was he let off. Why was he not arrested? Are policemen pretending that they are not aware or are they waiting for me to come and petition? Do they need to be kicked in the ass before doing their work? Nigeria is a funny country. And I ask again, when will Frank Ibezim be jailed to act as a deterrent for other criminal elements who may nurse the ambition of coming to rule us?

Get your PVC’s, Ohaneze charges Igbos in Rivers.