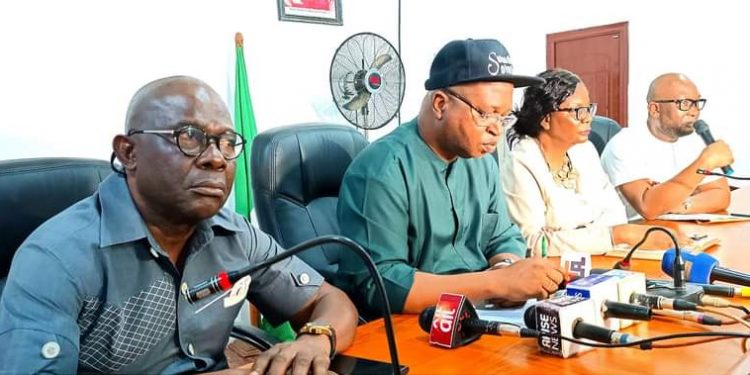 The Anambra State Government will on July 18th commence a statewide verification exercise of transporters operating in the state to curb insecurity and to sanitise the transport sector.

The Chairman Anambra State Internal Revenue Service, Mr. Richard Madiebo, announced this at a joint press briefing at the Government House Awka at the weekend.

He said government had given two months notice to all transporters operating in Anambra state to get enumerated and be captured in the government’s database.

Madiebo who disclosed further that the two months old notice ends on July17, 2022 noted that enforcement and verification would commence July 18, 2022 and that penalty awaited defaulters.

Madiebo explained that government had taken ample time to go to Keke drivers, shuttle drivers and other transport operators to communicate with them on the need to be part of the ongoing enumeration of transporters in the state as it would help government plan with accurate data.

On the issue of N15000 monthly tax for tricycle drivers, the revenue boss maintained that government insisted on N600 per day or N15000 on a monthly basis and in addition to that, Keke riders would also use government parks free of charge without paying the usual N100 they paid to touts for every loading. All these he said were in accordance with the agreements government reached with their unions.

He said the aim of the state government was to create an avenue where transporters would do their business without issues and at reduced costs too. Madiebo noted also that government has put in place taskforce and enforcement officers to check and curtail the menace of touts as well as ascertain whether transporters have been verified.

The revenue boss also cleared the air on rumour making the rounds that the N15000 monthly tax for tricycle operators had been reviewed downwards. He said no such thing happened and that the N15000 was a product of the agreement reached with their various unions. That government meant well for the citizens and the citizens too should help the state to move forward.

Ebonyi to embark on campaign against rape in public institutions

Ebonyi to embark on campaign against rape in public institutions