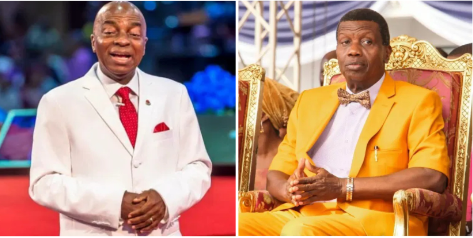 Nigerians were not running away to other countries for greener pastures. The few who left went for further studies. Many returned afterwards. Nigerian universities were highly rated. Most Nigerians preferred to study at home than go abroad. Many who travelled abroad did so for tourism or business. Even though Nigeria emerged from a gruesome war in early 1970, the effect of that war was not felt severely by Nigerians.

The screenshot of a Nigerian passport page in my custody shows that on August 27, 1982, a Nigerian was issued a bank draft of $1,169.84 for N800, meaning that one Nigerian naira was exchanged for $1.46. Today, (38 years later), one would present about 380 naira to a Nigerian bank to get an American dollar. Getting the dollar equivalent of the naira in a bank today is like a camel passing through the eye of a needle. Therefore, many Nigerians prefer using the Bureau de Change or black market, where the exchange is as high as 470 naira for a dollar, because of the promptness of their service.

The sad part of Nigeria’s situation is that many basic things of life are hinged on the mercy of the divine. For example, today, many Nigerians pray and fast to receive their salaries at the end of the month. Those who receive their salaries celebrate as if they won a lottery. Any time a state is able to pay off the arrears on salaries, the governor of the state celebrates it as a great achievement. It sounds ridiculous, but that is the reality of today.

Nigerians pray to gain admission into universities. They give thanks to God when they graduate – thankful that despite all the strikes by unions of academic staff and non-academic staff, they eventually graduated. Nigerians pray and fast to get a job after graduation. They pray for electricity and shout “Up NEPA” when electricity supply is restored. They celebrate and praise the politicians that facilitated the construction or reconstruction of a road after years of complaints and suffering. Many Nigerians pray to have food on their table. Nigerians celebrate when they apply for passport and receive it. They pray and send in some special prayer requests when they apply for visas. When their visa application sails through, they celebrate with fanfare.

In comparison, once Nigerians reside in countries where things work, their prayer points and format change. They no longer pray to get a job or to get electricity or good roads or running water or to receive their salaries or to have food on their table or to even have a car or a house. Even when they do not have the full money to buy a house or a car, they can get one on credit and pay for it over time. They do not need to be “connected” to enjoy their rights as citizens.

Consequently, Nigerians look and sound very religious. It is not because they love God more than citizens of other countries or that they are better human beings. It is simply because their economy is harsh and living in Nigeria is tough. Basic things of life are non-existent or inadequate.
Therefore, Nigerians fall back on God to access what ordinarily are their rights. Many unscrupulous and mischievous so-called ministers of God cease the opportunity to exploit Nigerians by telling them that good things can only happen to them if they give money regularly to God as a seed offering or thanksgiving offering. Therefore, before most Nigerians embark on any mission, they sow a seed in their places of worship. If the request does not happen immediately, they continue to sow the seed offering. If it eventually happens, they also sow a seed of thanksgiving. If it does not happen, they are told that it is their sin or lack of faith or something else.

In real terms, Nigerians’ religiosity has not made them godlier. On the contrary, the more religious Nigerians become, the less godly they turn out. That confirms the argument by many that the greater attachment to religion by Nigerians is borne out of desperation rather than a desire to be better human beings. The harsh economy that came upon Nigerians in the mid-1980s has been the driving force that propels Nigerians towards religion. The harder the economy bites, the more religious Nigerians become. When everything in life fails, human beings cling to hope. Religion offers a surfeit of hope.
On the contrary, people who live in good and stable economies are less religious but godlier. They hardly attend any religious activity or worship centre. However, they are less likely to defraud someone or demand a bribe before doing their job.

The reason is that they are less desperate and uncertain about their present and their future. They know that there are always jobs around them; so even if they don’t get their dream job, they can always be in a non-dream job. And even if they don’t have a job for a long while, their country will take care of them. They are not desperate to amass wealth through illegal means because they know that their country will take care of them in their old age. Crime is punished and questionable wealth is not celebrated in their countries. All this makes them more straightforward and patriotic.

In this 2021, Nigerians still have economic recession to contend with. Last year was a bad year for businesses globally because of the COVID-19 pandemic. Its effect will continue this year. The #EndSARS protest that was badly managed by the Nigerian government last year was another big blow to the economy of the country. Therefore, even though many ministers of God have given New Year messages of hope, Nigerians should realise that this is going to be a tough year.
Except for the years of the presidency of Chief Olusegun Obasanjo (which spilled over somewhat to the Yar’Adua/Jonathan years), the Nigerian economy has been sliding down since the mid 1980s.

This year, the President, Major General Muhammadu Buhari (retd.), would have been in office for six years. It is obvious that he is weak in economic management. It is only if the Nigerian economy experiences a turnaround that Nigerians will stop praying and fasting for their basic rights. But can Buhari cause that turnaround to happen?