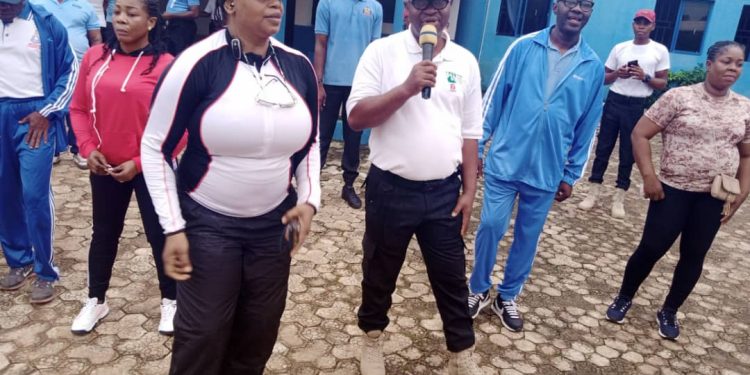 Officers of the command trouped out in their numbers to join in the exercise aimed at sensitizing road users on the importance of being conscious of rules of the road.

Speaking shortly after the walk that took place over the weekend, the Anambra FRSC Sector Commander, Mr Adeoye Irerewuyi, said the exercise was to prepare personnel of the command physically, mentally and psychologically for the period of ember months, adding that there is always increase in vehicular movement in the last quarter of the year, which he said calls for greater work.

Mr Irerewuyi also noted that the exercise is part of FRSC’s measures aimed at raising awareness on best road usage during the busy period, explaining that the Corps’ cardinal aim for the remaining months of the year is to have least road crashes with zero casualties.