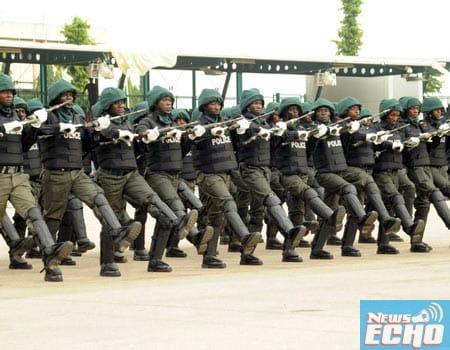 A total of one hundred and eighty four newly recruited police officers have been recieved by the Nigerian Police, Anambra state chapter.

News Echo reports that the officers have been undergoing training at the Poloce college, Oji River until their successful completion.

Anambra Police Image maker, DSP Ikenga Tochukwu in a statement made avaliable to News Echo on friday said that “The Anambra State Police Command on 7/7/2022 receive one hundred and eighty four (184) newly pass out 2020 recruits intake from Police College Oji-river”.

“The Commissioner of Police, CP Echeng Echeng while addressing the recruits today 8/7/2022 at the Command headquarters Awka emphasize that their success as Police Officers is dependent on their quality of character discipline and professionalism. He also charged them as they are being posted to their area of responsibility in the state, resolve not to engage in any act that will unedifying their good names and the Nigeria Police Force”.

The statement further noted that the CP while thanking the Inspector General of Police, IGP Alkali Baba Usman, psc (+), fdc Npm, and his management team on the initiative of manpower development and deployment of these officers in line with the concept of community policing principles, reiterate that the Command is more motivated in enhancing public safety and peace in the state.