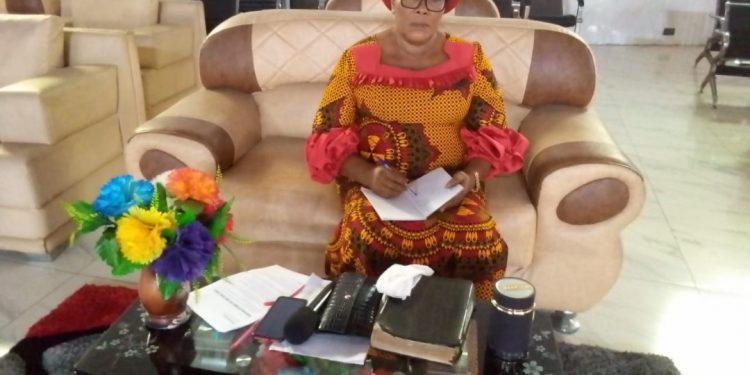 The Overcomers Christian Mission has held a one week National Ministers Conference to train and equip its pastors for revival and mega church growth.
The conference which took place at the church headquarters at Aladinma Owerri drew together Ministers and coordinators of the church across the Nation.
Admonishing the Pastors, the General Overseer of the Church, Bishop (Mrs) Francisca Ezeugo, told them to embibe the theme of the conference which is “Steadfastness in time like this”, stating that the Ministers should be dedicated and focused on their God given assignment without allowing the challenges of the world to distract them from their Ministry. 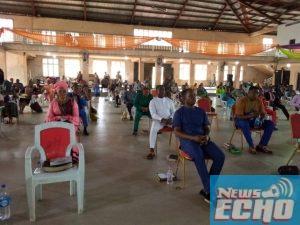 She reminded them that the work of the Ministry comes with lots of challenge as well as benefits and urged them to endure whatever difficulties that they are facing for the work of God as in due time, God will reward them graciously.
She advised them not to be deterred by the distractions of the devil to make them to quit the Ministry because according to her, there are dangers associated with such negative decisions.

While reacting to the activities of fake pastors and false prophets, she disclosed that inspite of the bastardization of the Ministry, there still exist real and genuine men of God.
She therefore urged the congregation to look out for false prophets as she noted that they will be known by their fruits such as charging of money for prayers and other practices that do not follow Bible standards.

Some of the participants who spoke to News Echo described the conference as soul enriching, an avenue for revival and a training ground for them.
In his remarks, the President of Ministers’ Forum, Rev. Ifeanyi C. Nwachukwu, stated that it has been awesome, adding that the conference affords the ministers the opportunity to benefit from the knowledge sharing provided by the coming together. He urged men of God to continue to pray for the stability of the country, stressing that the issue of insecurity, banditry among other challenges can only come to an end by constant prayers. He lauded Bishop (Mrs) Francisca Ezeugo for her efforts in moving the church forward.

One of the speakers at the program, Rev Onuador Ikechukwu Godson while speaking at the conference reinterated that steadfastness in service is the key to success in Ministry and stated that despite the challenges in Ministry, there is always a time of upliftment from God. He urged the Ministers to focus on the message of salvation to deliver souls from destruction.

The Coordinator of Enugu State Overcomers Mission, Rev. livinus Chimezie said the programme was an avenue for spiritual rejuvenation. “The programme is meant to fortify us to stand firm as children of God and not to be carried away by the economic and security challenges bedevelling the country.
He further encouraged his fellow Ministers to live according to the principles of God’s work, stressing that they will surely be sustained by God if they remain steadfast and obedient.

Also speaking, Pastor Nkemakolam Tochukwu from Elele branch, Rivers State, disclosed that steadfastness is the key to success in Ministry and advised his fellow pastors to be obedient and understand their calling and hear from God before dishing out any prophesy.
Also the camp commandant, Rev Simeon Nwankwo said the outcome of the conference will bring change in character, behavior, church growth and expansion. He further appealed to the Ministers to adhere to the teachings they have learnt from the conference.