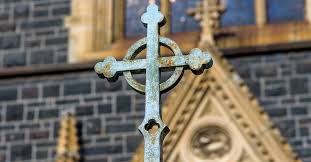 0
SHARES
170
VIEWS
Share on FacebookShare on TwitterShare on Linkedin

Diocese of Isi Mbano, Church of Nigeria Anglican communion, has concluded the 3rd session of its 9th synod, held at St Michael’s Anglican Church, Okohia in Okohia Archdeaconry, Isiala Mbano, local government area of Imo State, on Sunday October 25.
The theme of the synod was “Let God be true: A quantum analysis of the faithfulness of God”. People from across Imo state graced the synod.

Thanking God for the success of the synod, chairman, synod local organizing committee, Sir Emma Ohakim, who was the chief of staff to former governor of Imo State, Ikedi Ohakim, lauded the Bishop, Rt Rev Godson Ukanwa and his wife, Lady Godiva, for the opportunity given to him to chair the synod, as he eulogized members of the committee and the Archdeacon for hosting the year’s synod.

Adding his voice, the diocesan Public Relations Officer, Sir Richard Onuoha, commended the Archdeacon, Anumaka and his wife, Patricia Anumaka, for their consistency in piloting the affairs of the Archdeaconry.   The church workers who are working very hard to move the Archdeaconry forward were not left out.

Giving remarks, the Archdeacon, Ven Justus Anumaka, welcomed the Bishops, Priests, Knights, synod delegates from their various stations and the special invitees to the synod, describing the Bishop as a good manager of human resources, who carries them along in the scheme of things and treats them as family.
Congratulating the awardees, the golden mothers and synod fathers, he advised them to live up to expectations.