Why are Igbo funerals of young people held as parties? 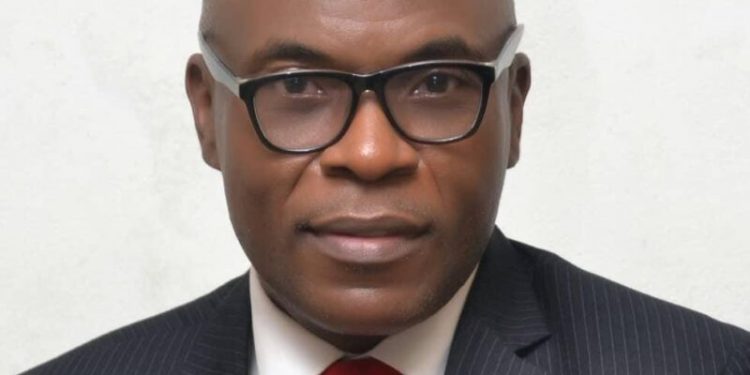 Over the years I have attended the funeral ceremonies of young and middle-aged people from different parts of Nigeria. It is never an exciting experience to be at such a burial ceremony. It is worse if the person left behind young children in primary school, secondary school or university and a young spouse. If the deceased was the breadwinner, one usually wonders how the children and widow (or even widower) would cope.

One could see the anguish of the bereaved, the sense of uncertainty and hopelessness. They know that shortly after the event, people will disperse and they will be left to their fate in a country where there are no government-backed welfare packages to take care of the vulnerable. The saving grace of such a family is if they have extended family members who are capable and willing to help. But those family members also have their own direct problems to take care of.

Now imagine people wailing at the burial of such a breadwinner and then resorting to eating and drinking to stupor minutes after the interment. That is a sight that jars the imagination of many people who witness the funeral of young people and middle-aged people among the Igbo people of Nigeria.

The Igbo people believe that a dead person, especially a dead adult (with a wife or husband), should not be sent off to the great beyond like a chicken. It is believed that if a funeral is not conducted for the person—no matter the age of the deceased—the spirit will be hovering around. It will be restless. It will not leave the land of the living for the land of the dead. In fact, in Igboland, if someone moves in a sluggish or sneaky manner, the person is said to be acting like a corpse that was interred with no funeral ceremony. Funeral rites are, therefore, like send-off parties meant to sever the links between a dead person and the living.

However, it is hard to understand the point about eating and drinking (all sorts of wines) at the funeral of a person, who is below 65 or 60, whose death is supposed to be a painful and grave occurrence. Try as hard as I have, I have not been able to see the sense in it. Here is a death that brings nothing but sorrow; a death that creates destabilisation in the family and community. What is the eating and drinking at the funeral of a man or woman who died prematurely meant to symbolise? Is eating delicacies and drinking choice wines the way to send such a person off with dignity? If it is not done like that, will the spirit refuse to transit from ala mmadụ to ala mmụọ? Or will it feel like a nonentity in ala mmụọ when other spirits are showing off the eating and drinking that took place at their own burial?

Maybe during discussions, if the spirit of Okeke talks to the spirit of Okoli in a disrespectful manner, Okoli can retort: “Mind how you talk to me! We are not mates. Did you not see the quality and quantity of choice foods and wines consumed at my funeral?” And the spirit of Nwanyinkwo will say: “Okoli, keep quiet there! If you are boasting about the quality of what was consumed at your burial, what then should spirits of our status say?”

No matter how hard some people try to explain it as tradition, it looks gross to see people eating and drinking at the funeral of men or women who died prematurely. It does not look like a funeral but a party or a feast. Shockingly, some people get drunk at such a supposedly mournful event.

Sadly, most bereaved families don’t want to do things differently because they don’t want to be seen as poor or stingy. Consequently, they do what others do by throwing a party of food and wines when they lose a relatively young person. And on an issue like this, you can’t say, “I would do things differently if I were the one involved,” because it would sound as if you are praying to lose someone prematurely.

This does not look like Igbo tradition. It looks like a convoluted, adulterated practice that exists because many people do it and not doing it will be interpreted as a sign of poverty and stinginess. Even if it were a tradition, traditions can be changed if they make no meaning or appear illogical and offensive. But in a world where most people don’t have the strength and courage to stand alone or take public criticism, the only option they feel at ease with is to conform.

The funeral ceremony of elderly people can be celebrated as much as the bereaved want but the funeral of people in their prime should be done in solemnity and not turned into a carnival, a party or a festival in the name of giving them a befitting burial. Merrymaking at the funeral of a young person is not befitting at all. The picture it paints is that of a people happy that “a relative” has finally left.

It is worse to see people eating and drinking lavishly at the funeral of such a young person who died in an auto crash or a plane crash, or as a result of murder, or the like. At such a sad funeral, mourners should show that they are truly mourning. Merrymaking is inconsistent with mourning.

The church should not be seen making demands about the food and drinks that should be given to them or the supposedly voluntary but practically compulsory honorarium that should be given to priests who officiate at burials. The different communal groups, like umunna or umuada, should not demand to be given this or that. These demands are insensitive to be made of a family mourning the painful exit of a member cut down in his or her prime.

The Roman Catholic Church, the Anglican Church, the Methodist Church, the Presbyterian Church, The Salvation Army, The Assemblies of God, The Lord’s Chosen Charismatic Revival Movement and all churches that have a strong presence in Igboland should lead the charge. The church has a strong hold on the Igbo people. All that is required for this practice to change is for the churches to enact a policy on it and start preaching against the practice. Some dioceses have already taken some actions against flamboyant burials. However, there is a need to specifically take a stand against wining and dining at the burial of people who died in their 30s, 40s, 50s, and even 60s. It is distasteful. It is not tradition. It should be changed.

2023: Need for Nigerians to have Permanent Voters Card (PVC) for Voting