The illusions of power, prosperity and prestige 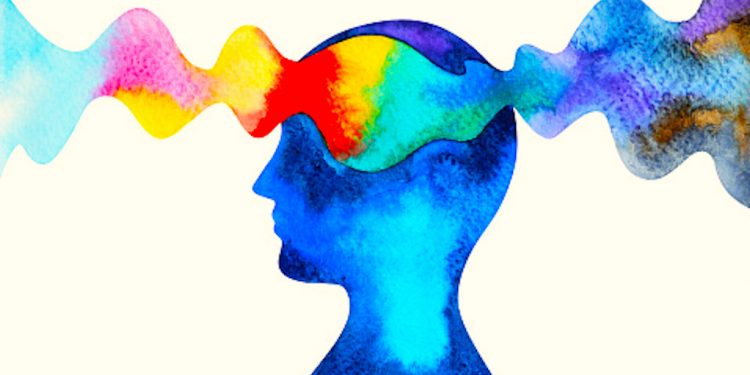 The search for meaning is human. It could be questions about the purpose of life, the necessity of death, and what happens after death, for instance. Admittedly, these questions can be sometimes unsettling because of their propensity to produce more unanswerable questions and trigger some existential anxieties. A natural coping strategy is to silence, suppress, and repress them – as constantly dwelling on them, arguably and invariably, makes life and living burdensome and miserable.

But beneath this temporary feeling is a constant pang of time-pressured emptiness. As beings unto death, according to the German philosopher, Martin Heidegger, we are very sure it shall end one day. Then we shall be lifeless, powerless, and helpless. However, we cannot accurately and definitely predict what happens after death, despite the oft-grandiose posturing of religion and people of faith.

The only concrete reality is the faith we sometimes desperately hang onto, which can as well be an exercise in non-reality – at least because of the possibility of its equal emptiness. In that regard, faithful faithlessness, or faithless faithfulness – depending on where one is located in the nebulous spectrum of doubt and belief – becomes a possible inescapable reality.

Notwithstanding, the presence or absence of faith does not completely annihilate the presence of lack and tremendous deprivation – another characteristic of being human. Wanting is essential to human beings and according to basic economics – that pretentious dismal science of the real, human wants are insatiable. This intrinsic state of human deprivation does one thing very well to survive and linger on. It needs hope.

Hope spurs us to imagine the unimaginable and see the unseen. That’s why, for example, over time, arguably due to deprivation, we construct an exaggerated image of good governance and what we want our leaders to be. Sometimes, we come across as searching for saints as leaders. Unfortunately, there is no living saint. This presents a delicate dilemma, as we are constantly disappointed and disciplined by this unnatural aspiration. Given the degree of poverty in the land, it seems leaders who are authentic products of poverty are the only natural expectation.

Amartya Sen, one of the leading and living development economists, described poverty as unfreedom. In his view, a poor person is simply incapable of meeting his or her needs. These needs may range from the everyday basic needs of food, shelter, and clothing to the higher needs of belonging and self-fulfillment. One thing they all have in common is a basic lack – an emptiness of some sort.

There is no better metaphor for his lack than the desert. The desert appears both dry and lifeless. In its dryness and lifelessness, it remains barren. Even if it is naturally endowed, the endowment is concealed by the blatant aridity, harshness, and forlornness it constantly exhibits. Flying over the Sahara Desert, for instance, focuses the mind on this perennial human challenge of poverty as a fundamental deprivation and material lack.

However, poverty is not a permanent state. Although some people are trapped in it perpetually, others can escape it if they develop the capability to do so. But where does this capability come from?

Obviously, education is one way to escape poverty. Metaphorically, education nurtures the head, hands, and heart. The head enables us to think well and make good decisions. The hands help us with coping with the technical demands of existence – basically the issues of production and consumption. Finally, the heart is the home of empathy and the recognition that we exist with others. In other words, the heart enables us to appreciate that we are not alone in the world and that to live well is to live well with others.
The usefulness of education in nurturing society can never be overemphasised. Tony Blair, a former prime minister of the United Kingdom, saw education as a way to avoid the devastating traps of poverty through social mobility; hence, he invested in higher education to encourage people to move ahead in life. Despite this, he is often criticised and remembered for his role in the Iraqi war, which epitomises the lack of empathy and the devaluation of our common humanity in recent times.
Notwithstanding, poverty remains a global scourge. It leaves an indelible mark on the soul. No one escapes poverty and remains the same. Either one is vain about it or remains humbled by the scorching experience. In between the two lies the danger of an unconscious overcompensation.

Overcompensation is a psychological desire to fill a yawning gap in us. In the case of the experience of poverty, it is an exercise to mask the past and showcase a different present and future. For instance, a person who experienced severe poverty in early life and then makes money later in on, might be tempted to engage in the excessive display of wealth to compensate for his or her earlier life deprivations and humiliations. As such, overcompensation can be a lack and weakness often presented as a strength.

In masking, one is hollowed out and overtaken by the hubris of the ephemeral sense of worth and possession. One becomes the rich man of Jesus, who would find it harder to enter the kingdom than the camel passing through the eye of the needle (Matthew 19:24). Ultimately, masking the past becomes a grand exercise in hypocrisy and inauthenticity, which in turn cumulatively puncture one’s self-worth, confidence, and public image. That’s another form of death – an annihilation of our true selves.

Confronted by the reality and threat of death, no matter how much we try, we become trapped in hypocrisy and inauthenticity. To be human, therefore, is to be hypocritical and inauthentic. We constantly suspend the reality of our death and emptiness. This epoch of (i.e., bracketing of) experience is in line with Husserl – the German philosopher – and self-entertainment is nothing but the constant estrangement of our endangered, contrived, fallible, and feeble humanity.
The lucky people of faith, nonetheless, appear to find a way out of this existential quagmire.

Whether or not they succeed and are better off than the faithless ones is yet to be proven. Unfortunately, and strangely, the proof is only in death. Many have died and did not return. Since one comes into life on earth alone, it may be sensible to conclude that the answer we are looking for is only a personal and private one buried in the heart of subjective experiences of life on earth.

In the end, living and dying become private enterprises in the face of the seeming emptiness of existence. But we will not know until we eventually know that which we do not currently know – if that knowing is ever possible.

After all said and done, life on earth remains an exercise in futility and vanity! It is as good as being dead. So, why bother? Why strive for power, prosperity, and prestige when they are all vanity?

What to anticipate in the Finest Antivirus Just for Windows

What to anticipate in the Finest Antivirus Just for Windows

Terrorism creeps into Railways: Can Buhari should contend it before Exit?