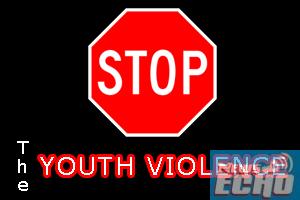 I awoke to the news of three teenagers, who slit the throat of a young lady named Rofiat, cut her head off, put her head in a container and set the head on fire. The general outcry and belief have been that the teenagers wanted to get rich quickly and decidedly used Rofiat for money rituals. Does this mean if she was killed for a reason outside of money rituals, it would have been okay? Does the murder of a person no longer mean what it used to?

Over the past years, news of violent occurrences across the country has been broadcast over various media. In January 2022, 486 people were reported killed. Many are quick to take photos of victims of crime or murder and share them on social media. They share like it is normal for a persons’ life to be cut short and for the gruesome event to be splashed on different forms of media for all to see. This generation of children and young people have grown up experiencing or hearing about violence around them. The news of violence is becoming their normal.

A report by the American Psychological Association shows that as far back as 1982, the National Institute of Mental Health identified that the more children see violence on television, the more they may become less sensitive to the pain and suffering of others and may be more likely to behave in aggressive and harmful ways towards others. UNICEF states that the effects of violence affect all aspects of children’s lives and can be passed down from one generation to the next.

For instance, when the first news about a suicide bombing in Nigeria spread across the country in 2011, many did not believe it was possible for Nigerians to be suicide bombers. It was common to see statements of denial saying suicide bombing is not our ‘culture’. The same sentiments were shown in 2014 when news of female suicide bombers hit the streets. Now we have young people using their peers for ritual killings. Is this our new culture?

We must end the spate of violence in Nigeria and ensure young people are protected. This article advocates three ways to achieve this: First, people should give birth to children they can provide for both financially and emotionally. It is not enough to bring children into the world and believe they would provide for you when they grow older. You need to provide for them first. Teach them values. Studies have shown that children who are not given adequate love, care and protection suffer from trauma and this, in turn, leads to them being unaffected by either seeing violence or being violent to people.

Look at the spate of violence in secondary schools across Nigeria! Some parents see it as a right of passage. No! This is wrong. Sadly, people have been abused and have become immune to the abuse and trauma of others. Indeed, abused people abuse others. Parents should play their roles to provide for young people in their care and shield them from abuse.

Second, adults, caregivers and parents must stop beating children. Because you were beaten as a child does not mean it is right. You are only promoting violence and letting the young person in your care believe that the only way forward is violence. You are a victim of a violent culture and must endeavour to not perpetuate this violent culture. The beatings you received as a child were unnecessary. You should also not spank children because spanking, also known as hitting or beating a child with your hand mainly on the buttocks has shown to make children more aggressive.

Third, the Federal Government of Nigeria should increase sensitisation of the public through the National Orientation Agency. With over five thousand staff, NOA is spread across the 36 states and 774 local councils of Nigeria. The NOA has several media platforms, such as radio, TV, social media and different community mechanisms for information dissemination to sensitise the public and inspire good behaviours.

Nigeria has a good experience of War Against Indiscipline for behaviour change communication. During the WAI era, all were actively encouraged not to litter or urinate in public spaces, which included on the roadside. People were also empowered to call out people who did. We can adapt this to stop the sharing of gruesome images and videos. Furthermore, NOA can achieve this sensitisation by working in partnerships with respected traditional leaders, religious leaders and other leaders of influence within communities.

Nigerians are gradually becoming desensitised to violence. This must stop. All stakeholders should begin to work together to safeguard our mental health and future.
May there be no more victims like Rofiat. And many young people killing each other, for whatever reason, do not become the new culture.
Ganaka, a gender specialist and education consultant keen on promoting mental health, writes from Lagos

Abba Kyari to be extradited – FG

Abba Kyari to be extradited - FG